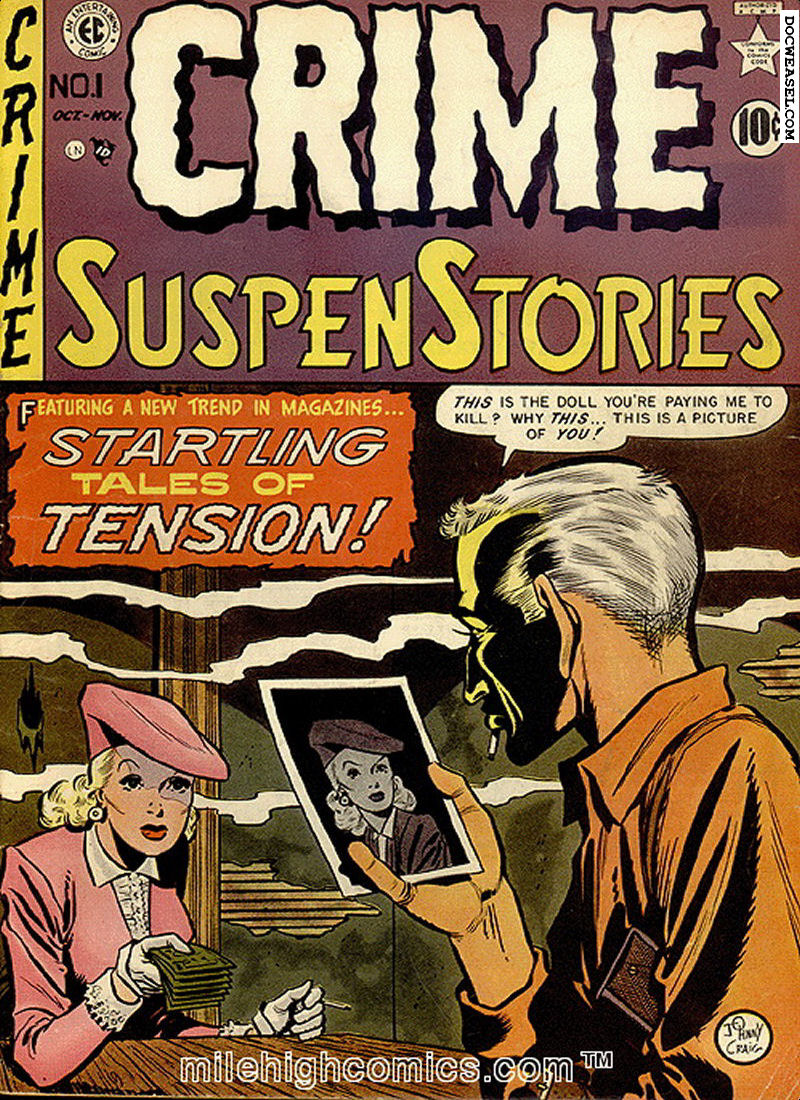 EC Comics (1950-55)
Crime SuspenStories was a bi-monthly anthology crime comic published by EC Comics in the early 1950s. The title first arrived on newsstands with its October/November 1950 issue and ceased publication with its February/March 1955 issue, producing a total of 27 issues. Years after its demise, the title was reprinted in its entirety, and four stories were adapted for television in the HBO’s Tales From The Crypt.

Each issue contained four stories centering on a wide variety of criminal activities, and it differed from other crime comic books of the period because the content was strongly influenced both by film noir and the writers of short fiction for magazines. Issues three through 16 featured a guest appearance from Haunt of Fear’s Old Witch.

Craig was the lead artist for this title for the majority of its run, doing both the cover and the lead eight-page story. In 1954, Craig became editor of EC’s Vault of Horror. Since Craig was the slowest artist at EC, his new responsibilities forced him to drop his work on Crime SuspenStories. Evans, Crandall and Kamen assumed the cover and lead story responsibilities for the rest of the run. This was one of five titles cancelled by Gaines in 1954 due to the increasing controversy surrounding horror and crime comics and the subsequent unwillingness of distributors to ship his comic books.