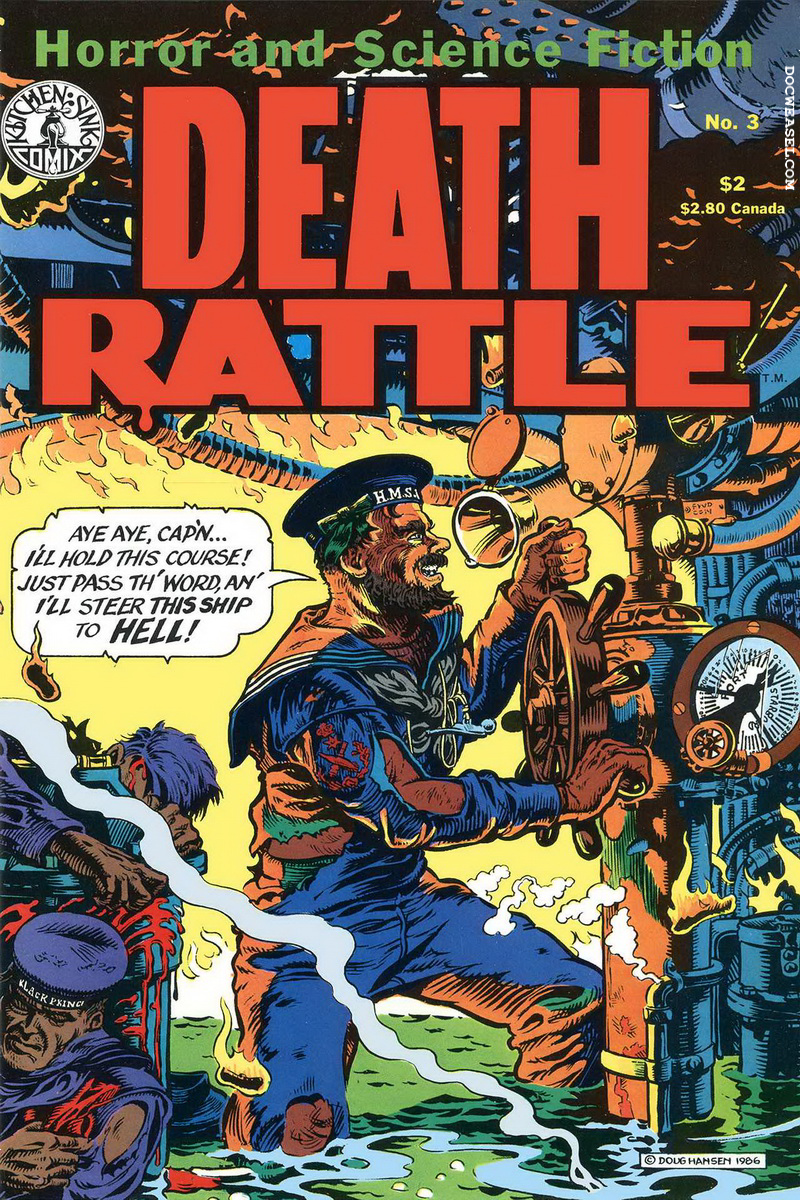 #0203 To Hell
Published February 1986
Here we are with Death Rattle again, just in time for the holidays. Thought we’d sneak up on you from the back of the book this time, mainly because the inside front cover was taken by the first page of Jaxon’s Bod’s Bosom, a ripping true yarn from the Mexican gulf coast. Will Eisner appears for the first time in Death Rattle with Quagmire of Occult Stories features his most famous character The Spirti and recounts more true tales from history. Rand Holmes contributes And Here He is the Artist Himself a Fraudian.. er Freudian fantasy aimed at your funny bone.