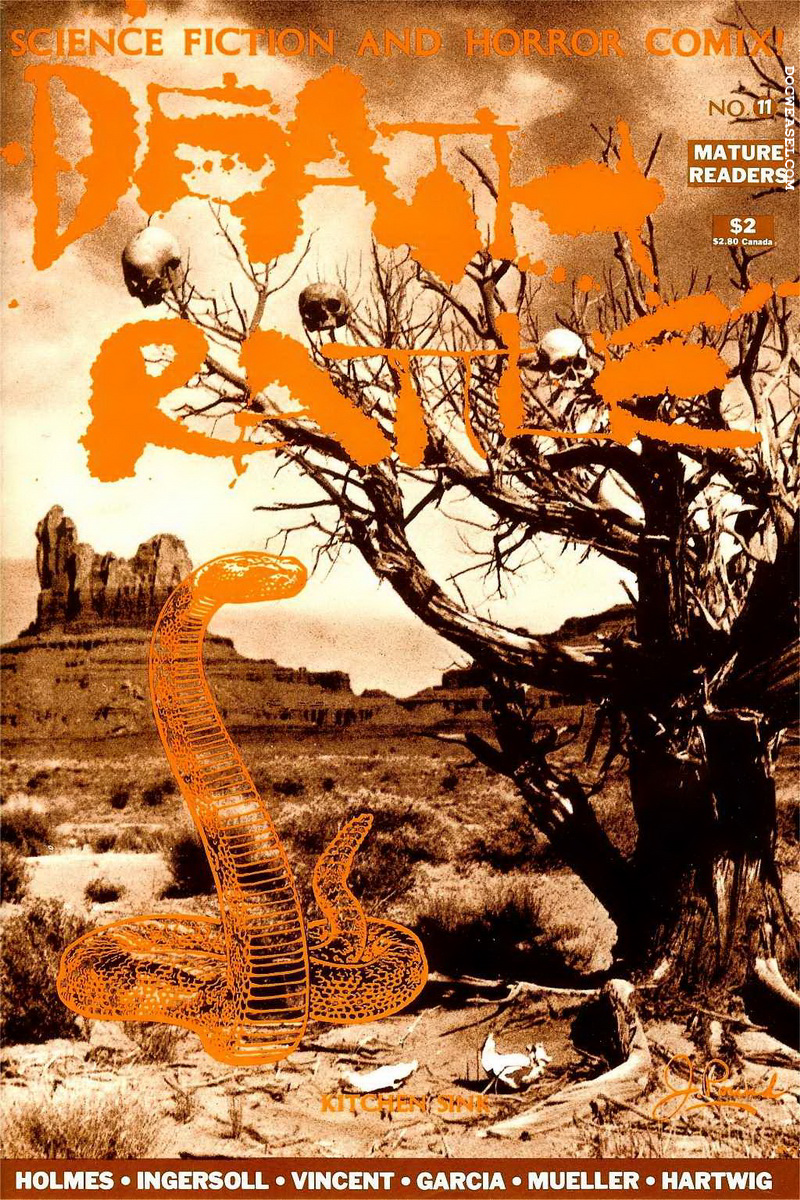 We.come to the 11th issue of Death Rattle, the title that refuses to die. After dumping the color, downgrading the paper, discontinuing popular serials, running long-winded text pieces by the story editor, nothing works. Death Rattle delines to issue from its constricted throat that which the title promises.

Death Rattle suffered from anemic circulation from the start of the 2nd volume. When the black and white comic book plague struck the industry, all of Kitchen Sink titles were affected. Death Rattle almost succumbed as many other titles did, but the circulation titles began to climb. Issue 11 was to be the last issue of Death Rattle, they had decided to go out with a bang and crammed the issue with stories and ads be damaned, and so it is, but due to increased circulation the title was to continue.