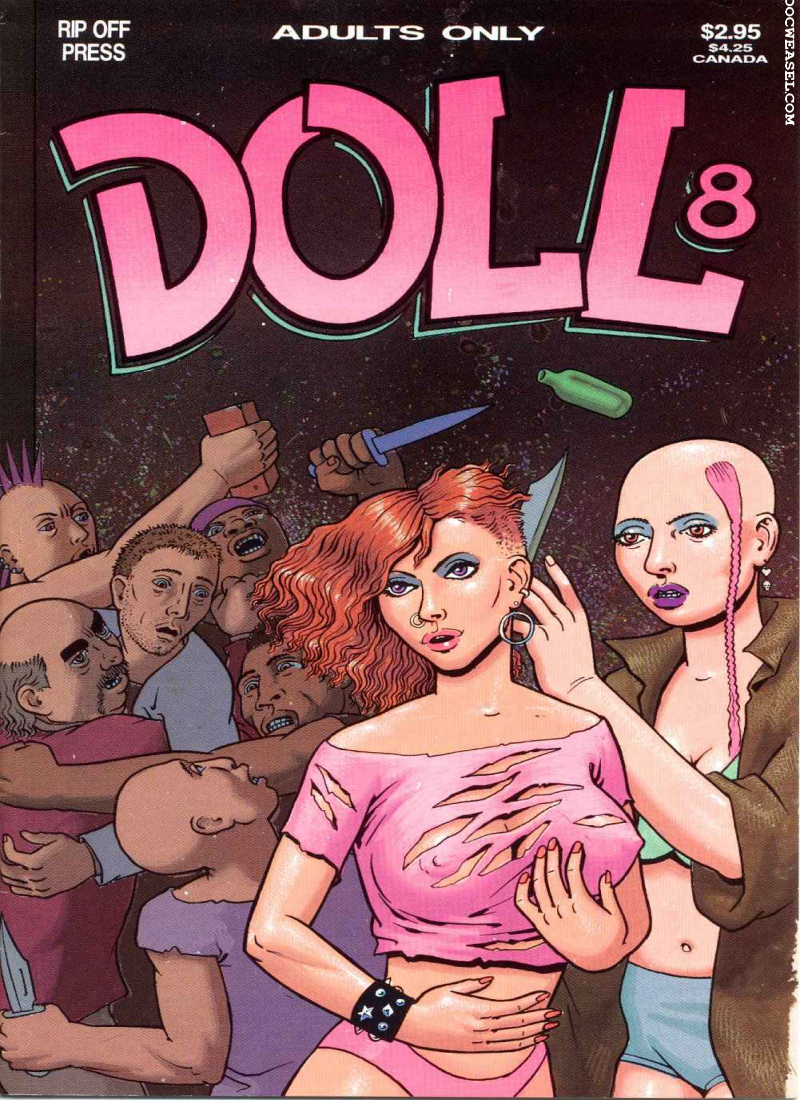 #08 Gangs
The last issue of Doll ever published (other than compilation issues). In this issue a climactic crescendo of violence is released as Doll falls into the hands of youthful urban gangs who will fight to the death of this foxy little piece of plastic turf.

Is this the end of Doll? It’s hard to imagine her surviving this battle undamaged. We shall see. Her fate lie in the hands of readers. The popularity of this issue and the European reprints of early Doll stories were instrumental in Colwell’s decision to end the character. He also felt he had come to a point of completeness, with enough material for 2 self-contained volumes (see Doll #9 and Doll #10) for Europe’s graphic novel market.

For the time being Colwell planned on a new series which would look deep into prehistory to explore the sexual origins of human ritual.

To the many loyal and supportive fans who have enjoyed the Doll series, Colwell thanked them and asked to hear their opinions on the future of Doll. After that, he would review worldwide sales of all the Doll issues and decide whether or not to continue. As no issues came out after this one, and indeed Colwell left cartooning for to concentrate on painting, the answer must have been no.