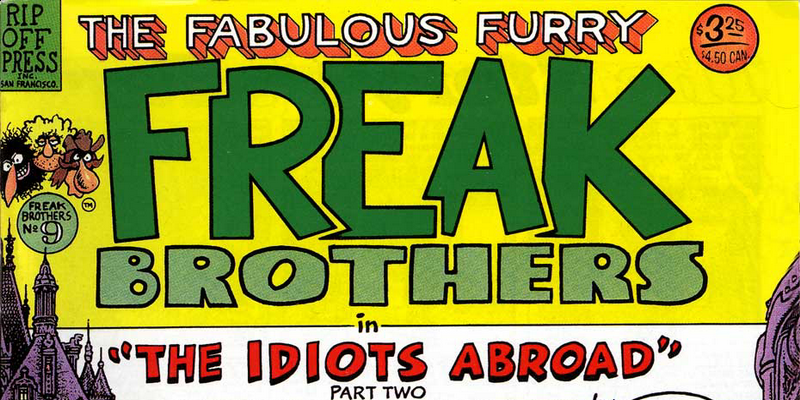 #9 Idiots Abroad, Part 2 (1985)
Fat Freddie, lost in the British Islands is desperate for some American food tours Amsterdam, Paris and Madrid until he meets an anarchist who puts him on a train to Poland. More adventures reunite Freddie with Freewheeling Frank in a dank dungeon. They are amazed to be rescued by Phineas who has used his time to get rich and establish his own religion based on money. The world is put under military rule as Part 2 ends.