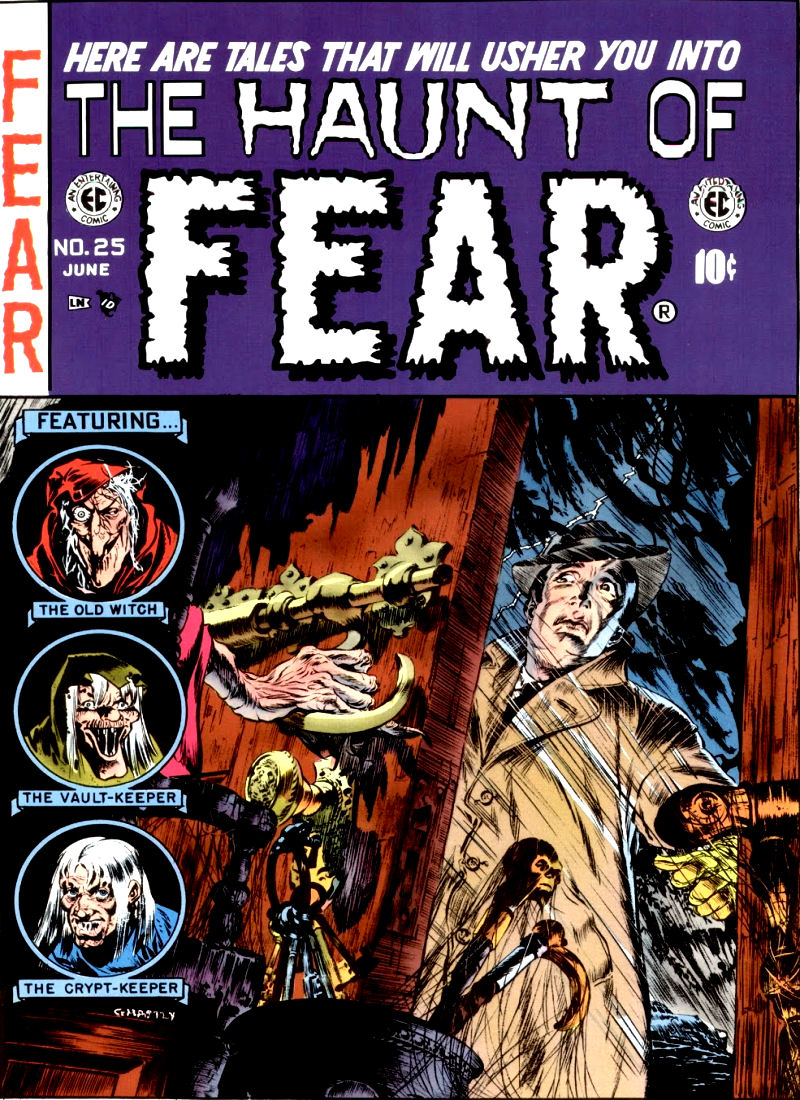 #25 New Arrival
Published May-June 1954
Cover art by Graham Ingels. The New Arrival–The Witch’s Cauldron!, script by Otto Binder, art by Graham Ingels; This story is told by a mansion; The occupant is a lunatic old woman who lost her mind when her husband was killed in WWI and kept her new born infant uneducated and in shackles for 40 years. Indisposed!–The Vault of Horror!, art by George Evans; A man uses his new garbage disposal to eliminate the remains of his wife’s body, but his plumber friend who installed it doesn’t have experience and connects it to the water intake. Out Cold–Haunt of Fear, script by Carl Wessler, art by Jack Kamen; The old witch tells us a story with two endings; The first ending relates what would have happened to the protagonist if he had pursued a relationship with a new office girl who turns out to be a ghoul using human meat to feed her mother’s cats, but the old witch tells us that’s not what actually happened. The Light In His Life!–The Crypt of Terror, script by Otto Binder, art by Jack Davis. 36 pgs. $0.10. Cover price $0.10.