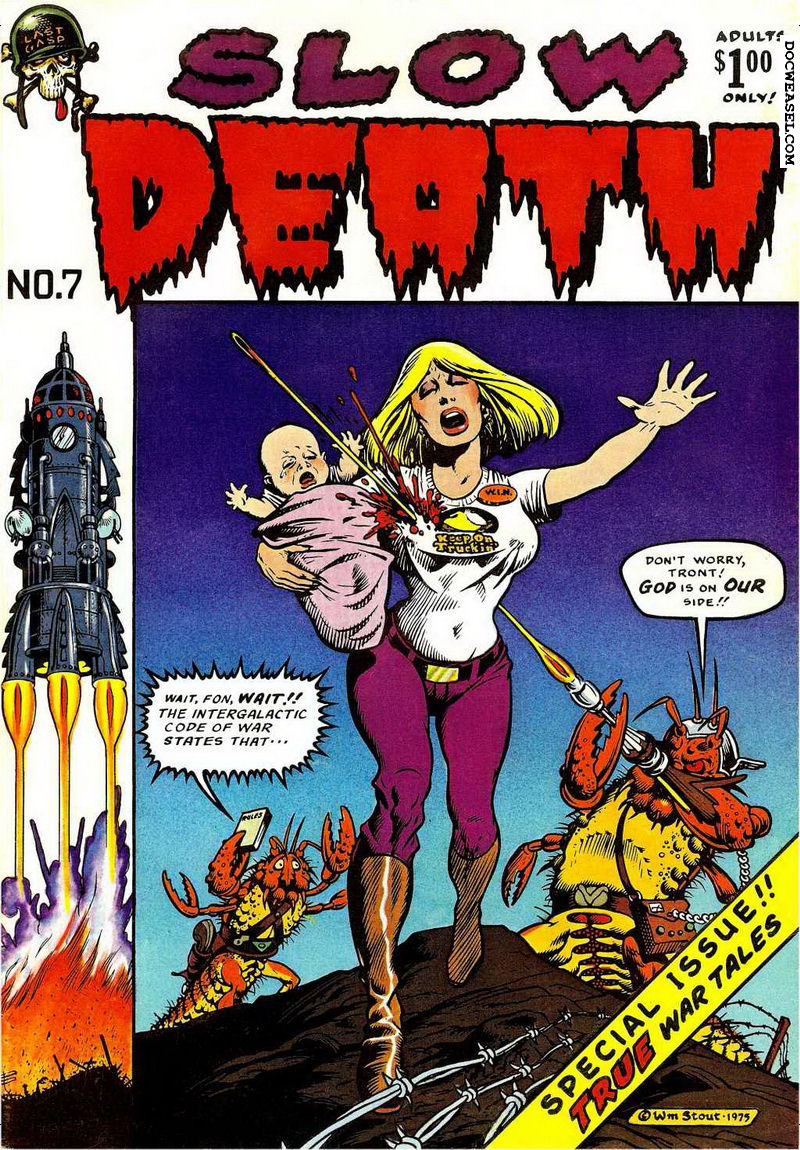 #07 War
Published June 1976 / 36 pages / Last Gasp
After publishing Slow Death at a fairly steady pace for the first six issues, it took Last Gasp over two years before they put out Slow Death #7, a “Special Issue” of true war stories.

William Stout gives us a chilling cover that sets the tone, which is made even more telling by the “Keep On Truckin'” t-shirt that the woman is wearing (any alien that kills hippies is a friend to man). Once we open the book, right off the bat, Jack Jackson delivers more of the revisionist crap Hollywood has been spouting for years, whitewashing the savage massacre of whites by Indians by presenting a blameless group of peaceful Cheyennes who were killed in 1864 – he leaves out the fact that the Cheyennes had been raiding, raping, stealiing and kidnapping white children and women after murdering their menfolk, which resulted in the massacre in retaliation. The rest of the book is not quite as gruesome, but this is a deadly serious comic about the horrors of war: a rather naive take however, that assumes all rational people need to do is agree to have no more wars and peace will suddenly break out all over the globe: the fact is, war is often necessary to combat evil in this world. Without warring for good, blacks would still be enslaved, Hitler’s heirs would rule at least Western (and possibly Russia as well) and the US would still be a poor British colony. War, what is it good for? Absolutely nothing but defeating slavery, fascism, communism, tyranny and promoting the freedom and liberty of man.