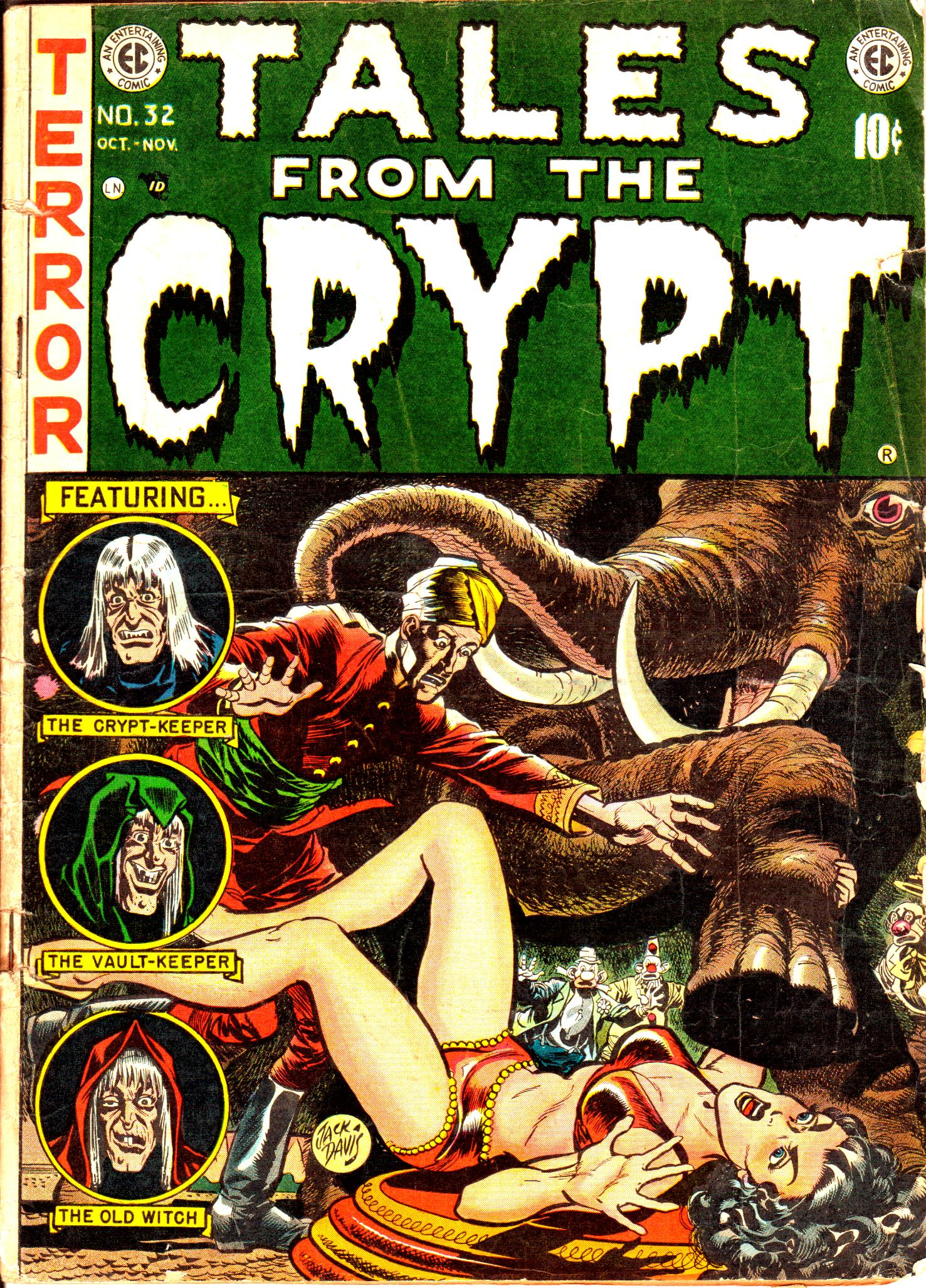 #32 Circus
Published October-November 1952
Cover by Jack Davis. “‘Taint the Meat…It’s the Humanity!”, script by Al Feldstein, art by Jack Davis; A butcher during the war gets around rationing points by selling steak to the wealthy customers who will pay cash for it and horsemeat, then stale meat and finally tainted meat to everyone else. “Roped In!”, script by Al Feldstein, art by George Evans; Three business partners in construction make a patsy out of a fourth to take the blame for shoddy construction of a hospital that collapses and kills twenty-one patients. “Curse!” text story. “Cutting Cards!”, script by Al Feldstein, art by Fred Peters; Two professional gamblers hate each other so much that they challenge each other to a game of chop poker. “Squash…Anyone?”, script by Bill Gaines (co-plot) and Albert B. Feldstein (co-plot, script), art by Graham Ingels (as Ghastly); An elephant trainer whose performance entails having the animal raise its foot an inch above his beautiful wife-assistant’s face is having an affair with a woman who convinces him to have the elephant crush the wife and have the elephant shot blaming the death on the elephant. 36 pgs., full color. $0.10. Cover price $0.10.