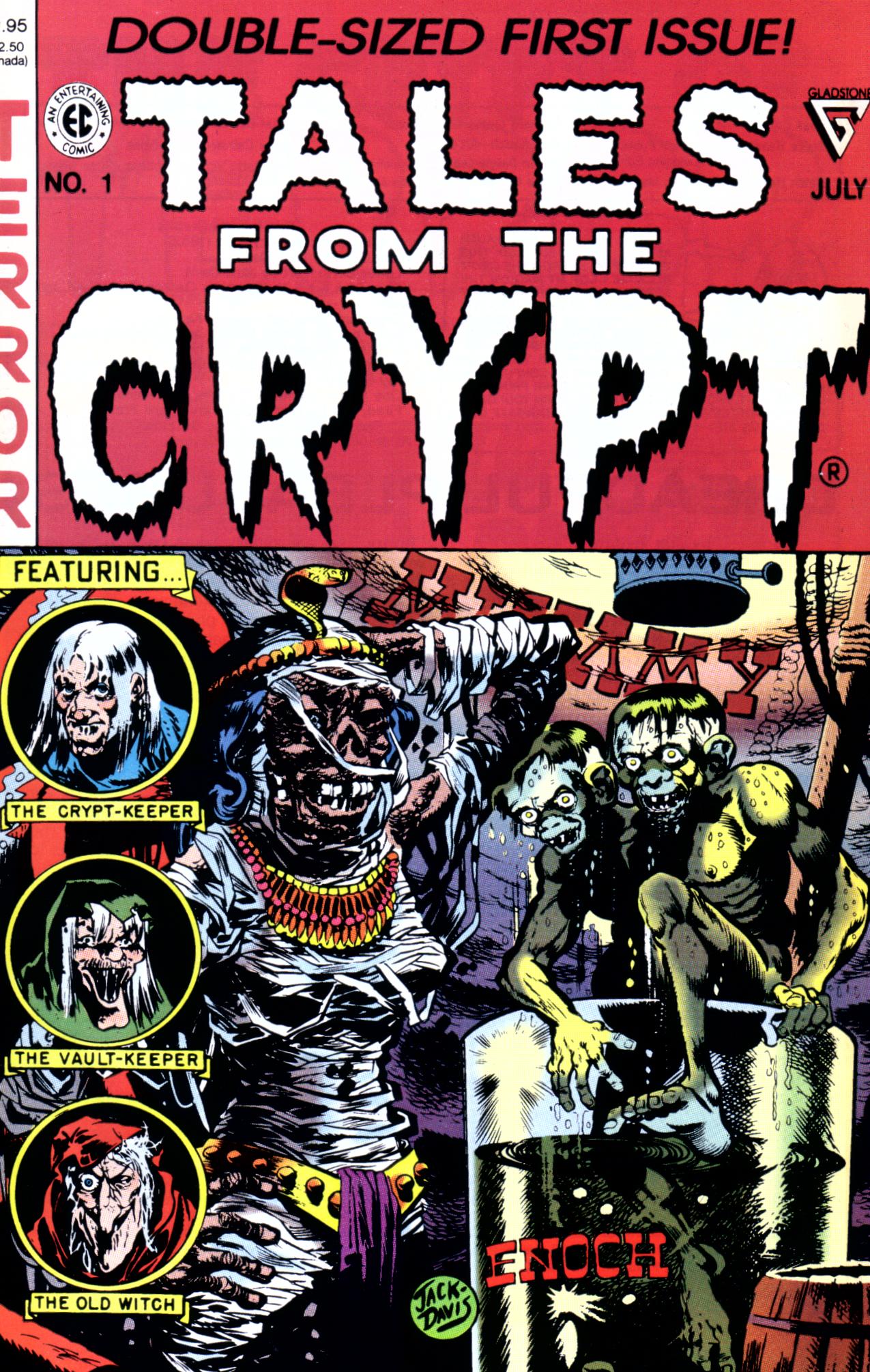 #33 Enoch
Published December 1952-January 1953
Cover by Jack Davis. “Lower Berth!”, script by Al Feldstein, art by Jack Davis; The Crypt Keeper relates his origin story of the meeting between his parents, a 4000 year old female Egyptian mummy and a two-headed corpse. “This Trick’ll Kill You!”, script by Al Feldstein, pencils by George Evans, inks by Jack Kamen; A magician and his wife are visiting India looking for new acts to perform when he spies a girl with a trick rope that rises into the air when she plays a pipe and can be climbed upon. “Castaway” text story. “The Funeral,” script by Al Feldstein, art by Jack Kamen; In this grim fairy tale, a young prince grows fond of his nanny until one day she appears dead. “None But the Lonely Heart!”, script by Bill Gaines (co-plot) and Albert B. Feldstein (co-plot, script), art by Graham Ingels (as Ghastly); A man who marries homely wealthy women and murders them for their money receives a lonely-hearts letter from a woman who tells him that she lives in a large stone house and encloses a photograph of a lovely woman whom she admits the picture displays two years ago, not having a more recent snapshot. 36 pgs., full color. $0.10. Cover price $0.10.