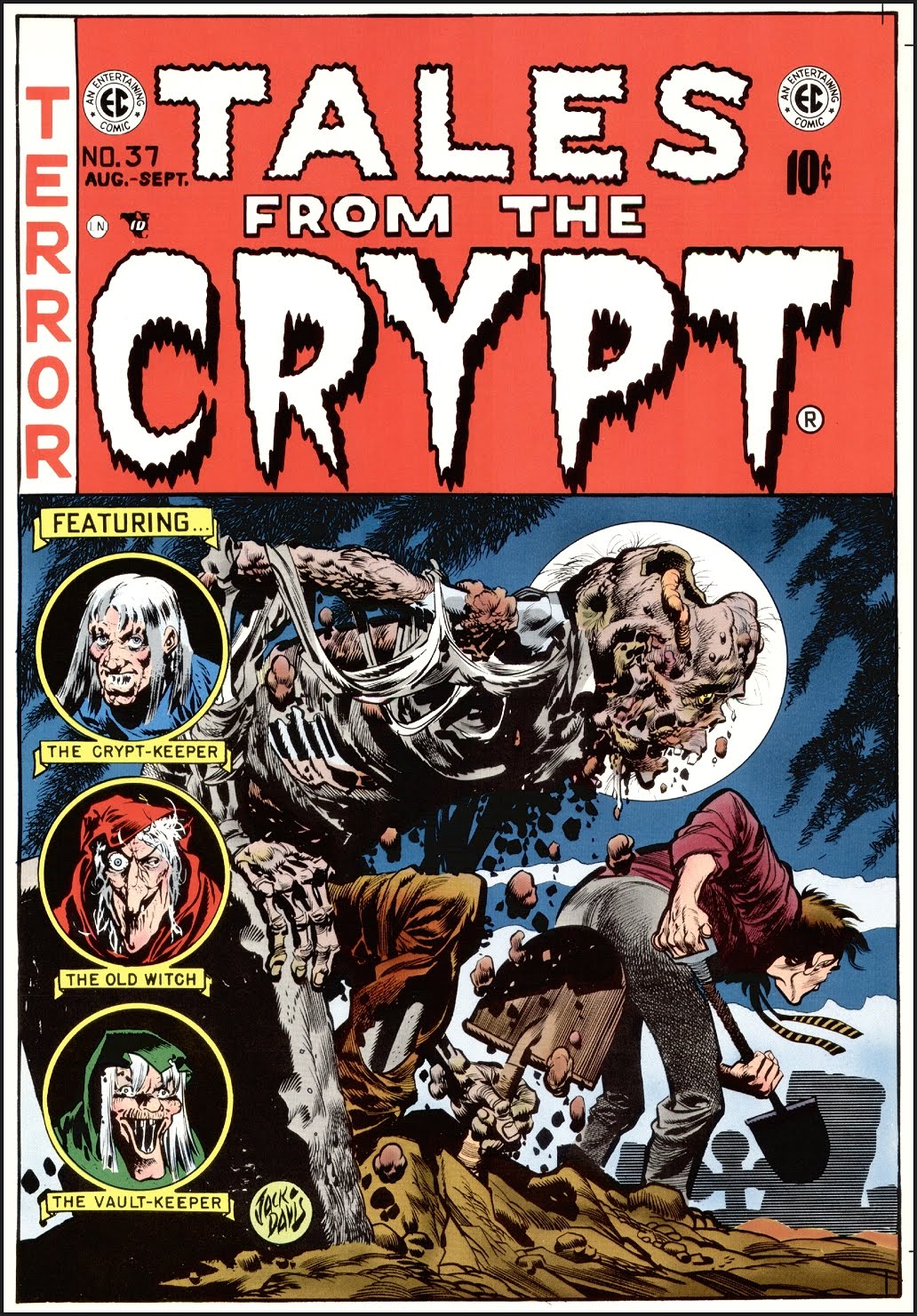 #37 Dead Right
Published August-September 1953
Cover by Jack Davis. “Dead Right!”, script by Al Feldstein, art by Jack Davis; A doctor rigs up an elaborate hoax to convince his heart specialist friend that his theory of awareness immediately after death could be true by pretending to poison him but really only administering an anesthetic. “Pleasant Screams!”, script by Al Feldstein, art by Joe Orlando; A high school teacher narrates his experiences as the main character in the dream of a sadistic student. “Solid” text story. “Strop! You’re Killing Me!”, script by Al Feldstein, art by Bill Elder; When Clem retires as Fire Chief, that leaves old Dan Harper on the job…..until the Mayor appoints a younger man as Chief, and, from the beginning, Dan and Chief Miller never see eye-to-eye about anything. “The Rover Boys!”, script by Bill Gaines (co-plot) and Albert B. Feldstein (co-plot, script), art by Graham Ingels; A doctor gets his revenge on the five members of the medical board who revoked his license to practice medicine by transferring their brains into the bodies of dogs, and using their reasoning abilities to make money as a novelty act. 36 pgs., full color. $0.10. Cover price $0.10.