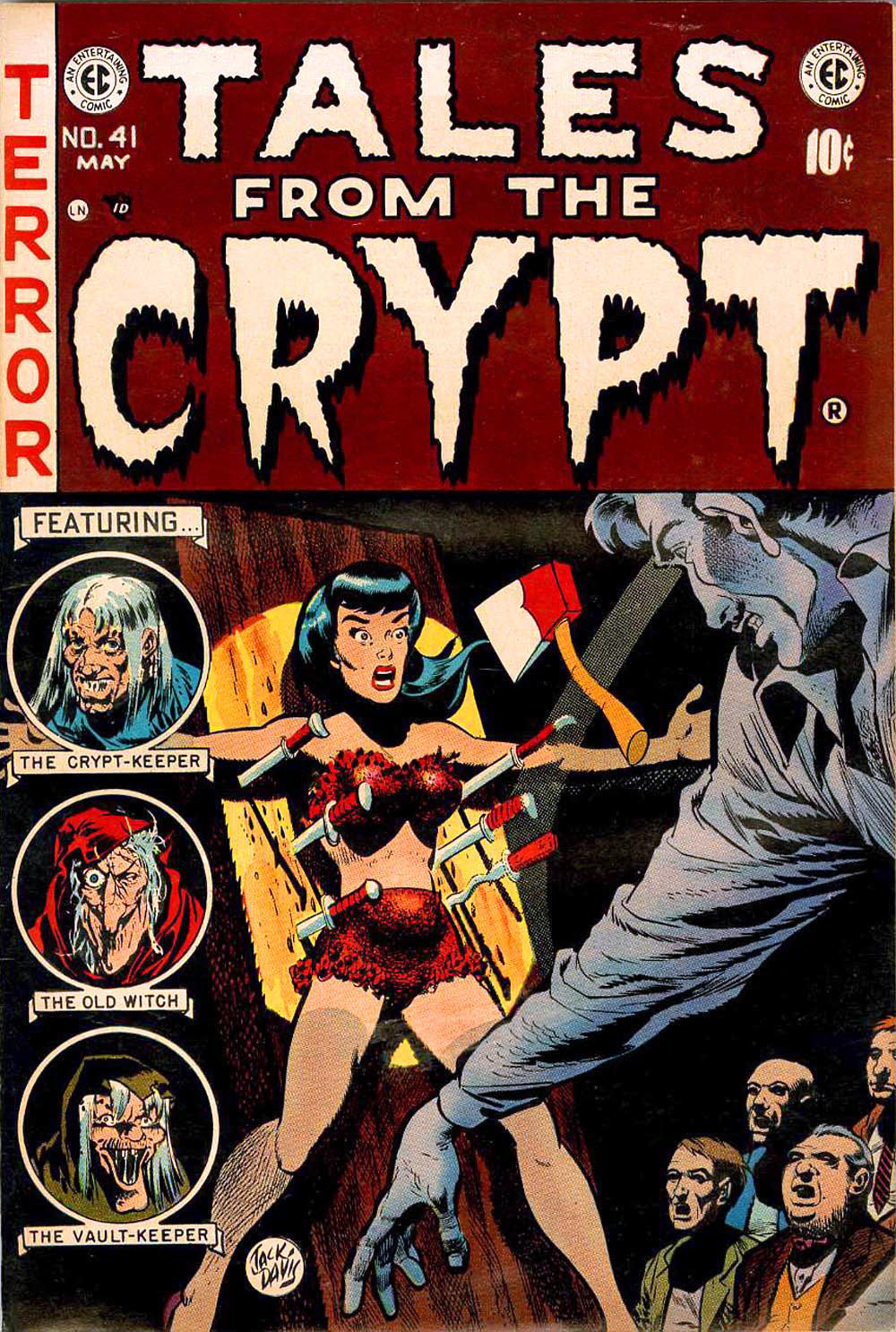 #41 Current Attraction
Published April-May 1954
Cover by Jack Davis. “Operation Friendship,” script by Otto Binder, art by Jack Davis; A mad surgeon cuts out 75% of his married friend’s brain so that he can maintain it in a vat and enjoy the mental stimulation of his company while his dumb wife gets the remaining 25% of his brain and his body. “Come Back, Little Linda,” script by Al Feldstein, art by George Evans; In order to save money, the management of an insane asylum moves the patients into dungeon cells that the hospital was built on. “Air-Tight” text story. “Current Attraction,” script by Al Feldstein, art by Jack Kamen; A circus father attempts to get the knife thrower out of his daughter’s life by placing a bar magnet behind the board the knife thrower’s wife stands in front of while he does his act. “Mess Call,” script by Al Feldstein, art by Graham Ingels; A German soldier addled by his experiences in the trenches of WWI is recruited by a butcher in the following war to dispose of patrons in the cellar so that he has plenty of meat to sell. 36 pgs., full color. $0.10. Cover price $0.10.