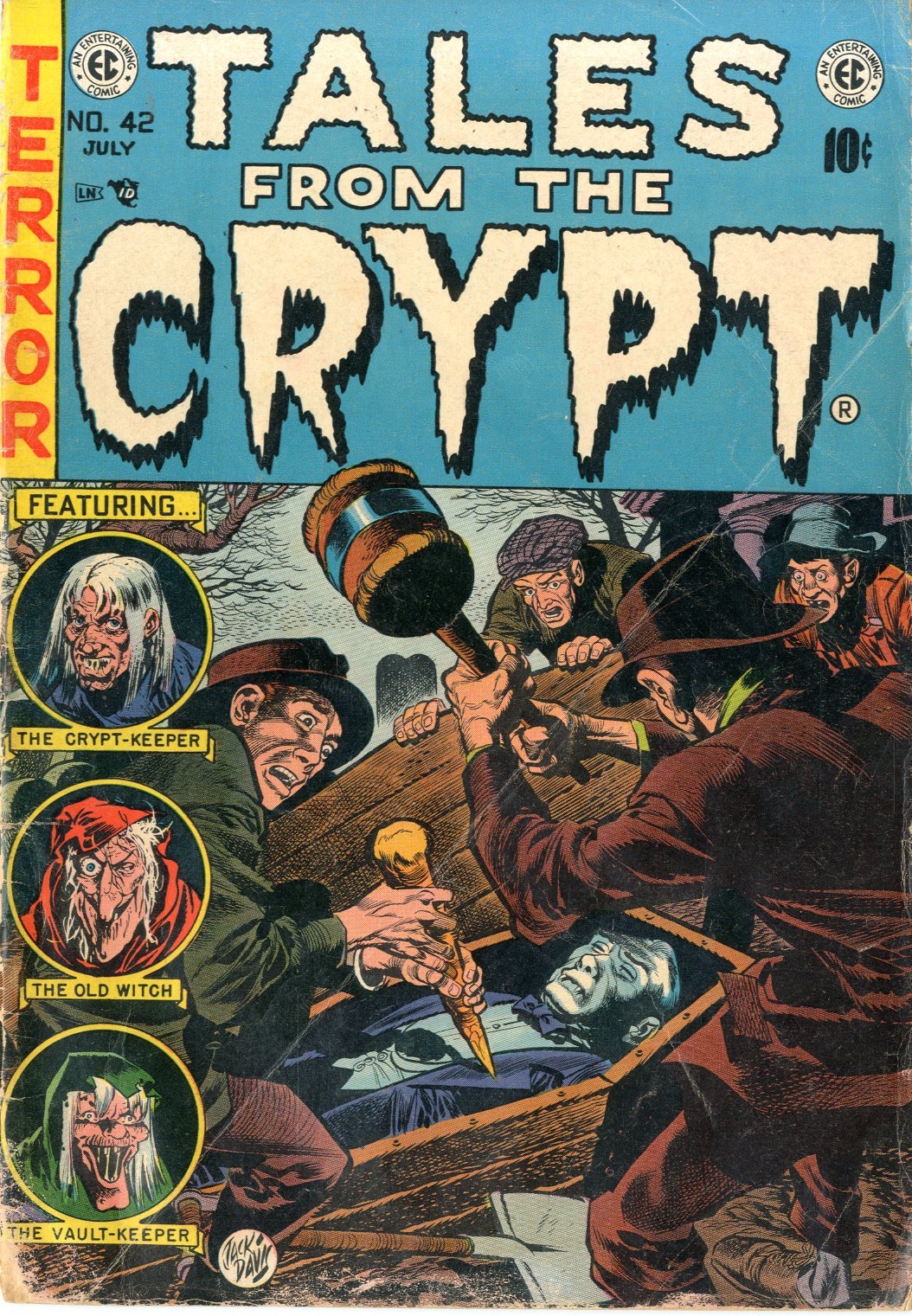 #42 Werewolf Concerto
Published June-July 1954
Cover by Jack Davis. “Concerto for Violin and Werewolf,” script by Carl Wessler, art by Jack Davis; A violinist who has read “Midnight Mess” in Tales from the Crypt #35 suspects that the Transylvanian town he has come to visit his old teacher in has a werewolf infestation problem. “By The Dawn’s Early Light,” script by Al Feldstein, art by Jack Kamen; A man who has just flown in into New York from Illinois ties up a man he suspects of being a vampire just before dawn and makes him lie in a coffin. “On Ice” text story. “The Bath,” script by Al Feldstein, art by Bernie Krigstein; A servant of the owner of a silver mine fills his bath with piranha after the mine owner unknowingly works the servant’s younger brother to death and shoots his parents who were attempting to extract revenge. “Hoodwinked!”, script by Al Feldstein, art by Graham Ingels; A woman commits suicide when her fiancee’s younger brother gets drunk and rapes her. 36 pgs., full color. $0.10. Cover price $0.10.

Content Concerto for Violin and Werewolf • Crypt of Terror • By The Dawn’s Early Light • Vault of Horror! • On Ice • Bath • Hoodwinked! • Witch’s Cauldron!