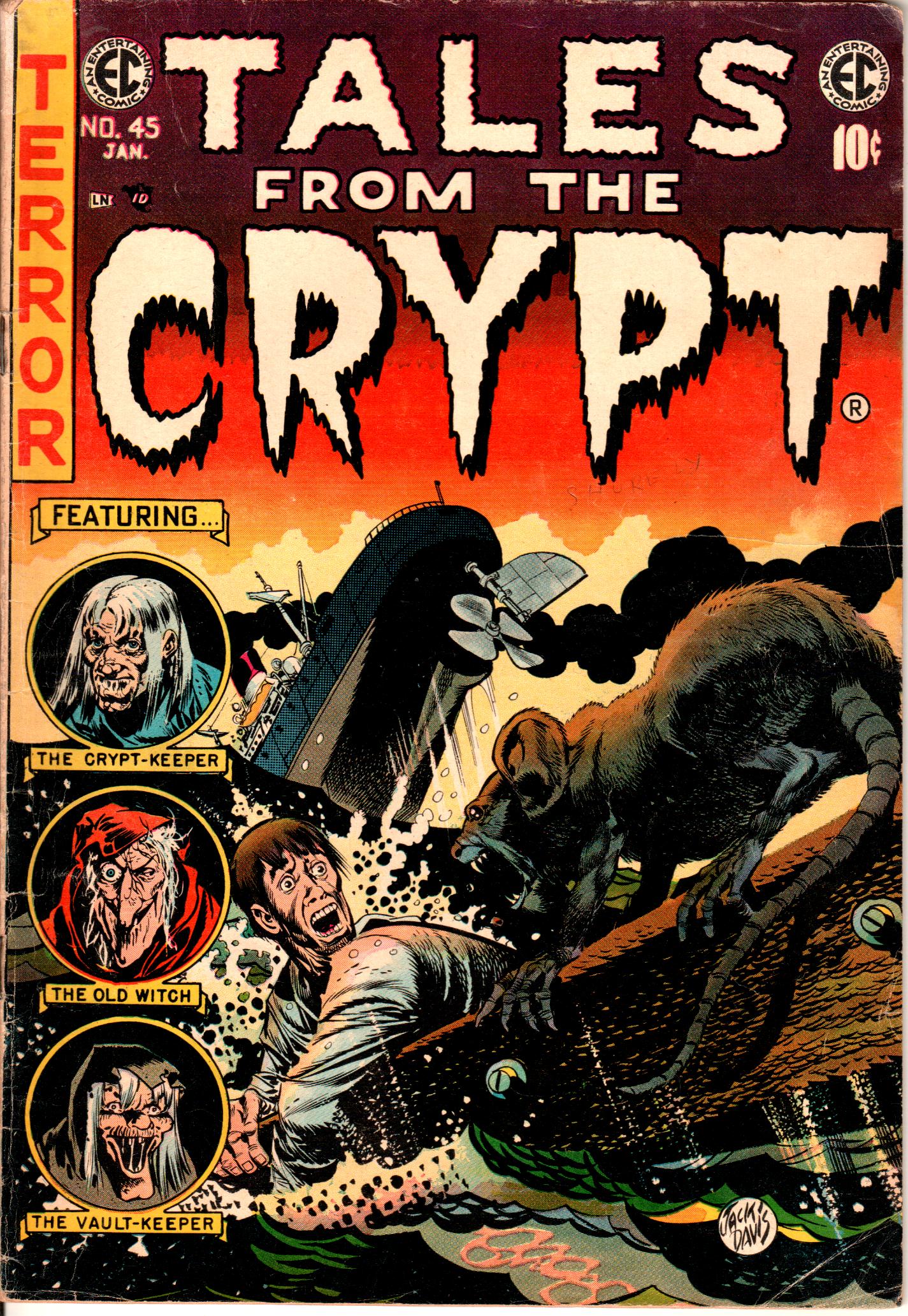 #45 Telescope
Published December 1954-January 1955
Cover by Jack Davis. “Telescope,” script by Carl Wessler, art by Jack Davis; A man and a rat from a ship wreck wash up on an island and eye each other warily as the only food source available. “The Substitute,” script by Carl Wessler, art by Jack Kamen; A man assumes that the body of the governor of the penal colony he is a prisoner in will be sent back to Paris, so he kills him with a poisoned dart from a blowgun and makes plans to switch places with his body in the casket. “Squeeze Play” text story. “Murder Dream,” script by Carl Wessler, art by Bernard Krigstein; A maniac ax-murderer assumes his victim’s identity in his dreams until he is compelled to return to the scene of the crime to murder the victim’s wife as well. “The Switch,” script by Carl Wessler, art by Graham Ingels; An old millionaire falls in love with a young woman but he doesn’t want her to marry him for his money so he tells her he’s poor. One-page editorial on the Senate Subcommittee on Juvenile Delinquency investigation into the comic industry. Two-page montage of the EC office with caricatures of the artists by Marie Severin. 36 pgs., full color. $0.10. Cover price $0.10.