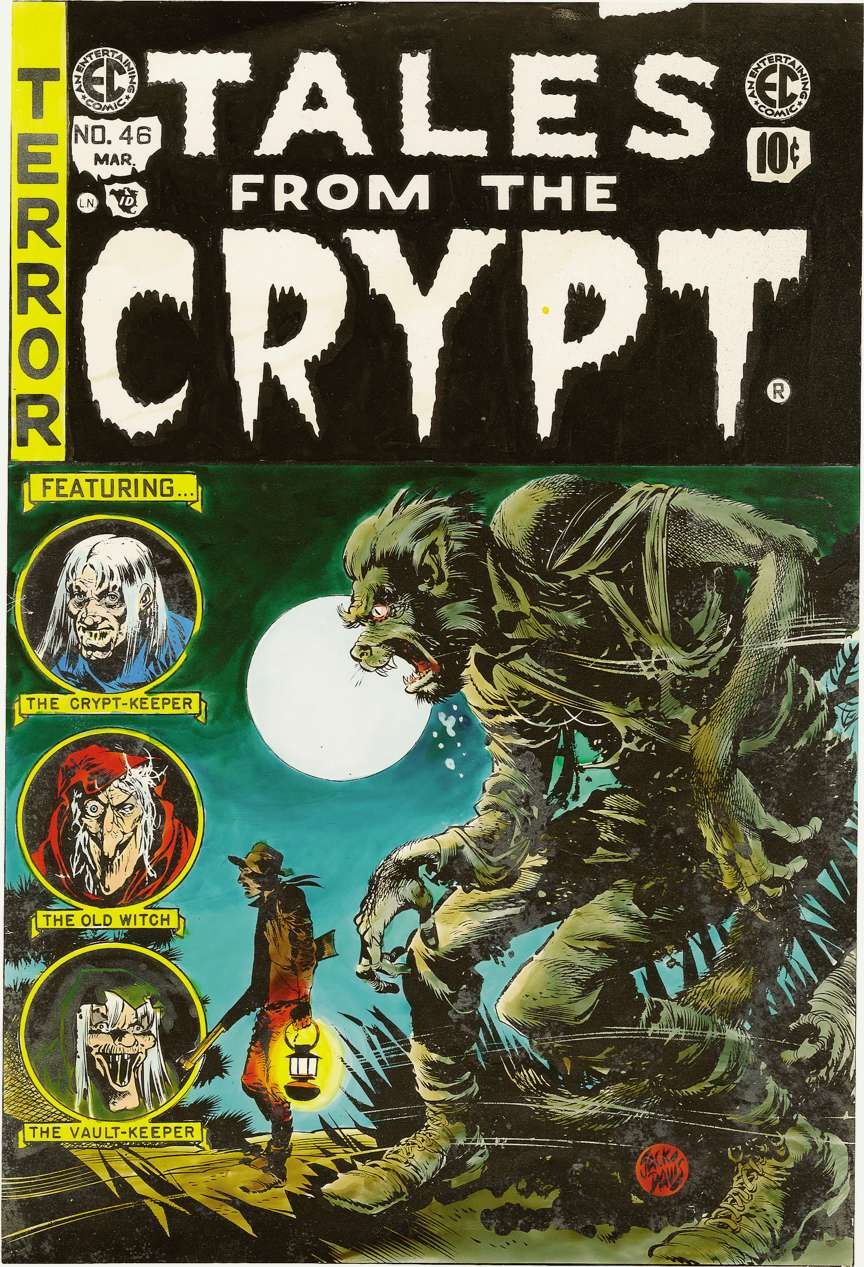 #46 In Memoriam
Published February-March 1955
Final issue of the series. Cover by Jack Davis. “Upon Reflection,” script by Carl Wessler, art by Jack Davis; The mayor of a small town vows revenge upon a werewolf that kills his wife. “Blind Alleys,” script by Al Feldstein, art by George Evans; The blind victims of an unscrupulous and cruel director lock him and his dog up for several days without food and then release them into a maze with razor blades embedded into the walls. “Gone To Seed” text story. “Success Story,” script by Carl Wessler, art by Joe Orlando; A woman and her parents move in with a man they nag constantly to get ahead in the world because he can’t afford their demands for gadgets. “Tatter Up!”, script by Carl Wessler, art by Graham Ingels; A man is murdered by a creature made out of old rags in retaliation for killing the woman who was kind to the rag creature. 36 pgs., full color. $0.10. Cover price $0.10.