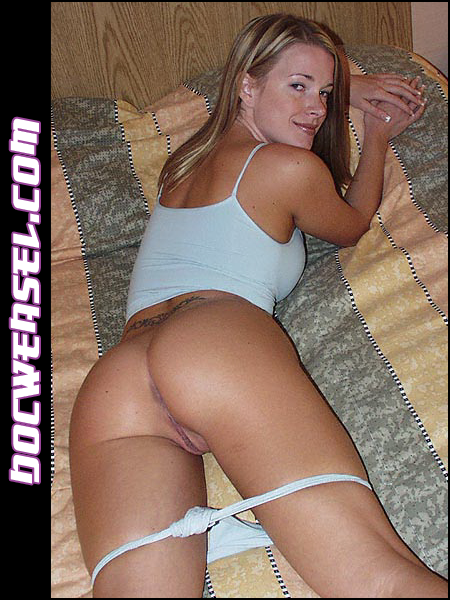 Well sometimes it is a little scary because it can be so easy working in my field. I mean, let’s face it, what other job can you say, “let me take a look at your nipples” and not get a funny look, or slapped.

It simply has become a matter of paying special attention, and doing some follow up work tothe Mom’s I find particularly attractive.

Having been interested in women for a long time now I kind of get a feel as to whether or not there is a chance of any “extra” activities, and fun.

I recently got a call from a woman who delivered about 3 months ago, and who was complaining of soreness and what she thought was overproduction. I made some suggestions and even offered to come to her place to do an examination.

She said that would be great and an appointment was set. Well when I arrived I could tell right away it was going to be an interesting and fun “house call”.

She arrived at the door and you couldn’t even tell that she had just had a baby. She had a black, tight short skirt, that was so attractive, and the fact that she was breastfeeding was clearly visible from the two wet spots that proudly showed through her gray tank top.

We sat on the couch and I immediately began questioning her with routine stuff to discover the problem. I moved next to her and calmly put my hands on her chest as I continued with my questions.

She was rock hard on both sides. She said the baby had eaten just over an hour ago and was now napping. I asked if she had a pump and she said she did but she was not sure if it was working properly. She brought the pump out and I proceeded to see if I could get her drained.

It was working but the milk did not come out as fast as it should have. I asked her if the baby drew milk at a faster rate. She said it felt about the same. I asked if her husband had offered his “milk draining” services and she laughed and commented how they had not resumed normal sexual activity.

My mind was racing as I thought, well I will, if you give me half a chance.

I continued talking while the pump slowly worked her right side and I began massaging her left nipple and rubbing the whole breast. I kept doing a lot of talking to keep her mind off of the fact that I was rubbing her sweet breast. I kept calm and used a very clinical tone. She let out a few heavy breaths and appeared to be enjoying the sensations.

I told her that sometimes babies are not strong enough to suck the milk and create a free enough flow. I continued my massage and asked her if she would mind if I tried to get her breast to flow.

Before she had time to think about it, I leaned toward her and slowly began to open my mouth. I looked into her eyes as my mouth inched to her nipple and she made no attempt to stop me so I went for it. I put my mouth fully around her nipple and began a strong steady suck. I was immediately greeted by a rush of sweet nectar. I continued using long powerful pressure and she gushed into my waiting mouth.

I was careful at this point to not make it too sexual and simply enjoyed the fact that I was sucking her nipple. I gently massaged her with my hand and I felt her breast begin to soften slightly. Iregrettably pulled away and suggested we pull the pump off of the other one and I could continue my current method. She suddenly seemed embarrassed and I thought it was over.

I put my arms around her and assured her that as long as she was comfortable that I did notmind. I also commented on how she had to be drained.

She relaxed and I softly leaned towards her and gently kissed her on the lips. I continued and I suddenly became aware of the wetness between my legs and how beautiful she really was. I wanted to run my fingers over my pussy so bad but I had to take it easy.

I sucked for a few more minutes and told her that I needed to rest and that we should switch sides. I decided that facing her was way too much work so I seductively sat on the couch and leaned back and gave her a one finger “come here”.

She came towards me and I had her face and straddle me. I knew her body weight on top of me would give me the pressure I needed to have the orgasm that I couldn’t wait for anymore. Within seconds of getting her other nipple in my mouth and pulling her tightly towards me I felt my body begin to shudder. It was one of those orgasms that is more relief than actual mind-blowing.

I didn’t care. I tried to control my bucking and I concentrated on my milking duties.

She asked if I was okay and actually said “easy” one time. I could no longer maintain the charade of it “not being sexual”. I pulled away from her breast and leaned back and she immediately leaned to me and we kissed long and hard.

She began grinding herself on top of me and I met each thrust with thrusts to match her rhythm. My hands reached for her beautiful ass, as I cupped her ass cheeks with my hands, I suggested we retire to the bedroom. With her nodding yes, I knew it was going to be a fun day after all.

This story was written at the suggestion, of an actual lesbian nurse.