Thoughts for a lazy Sunday.

Taste of Buns of Steel 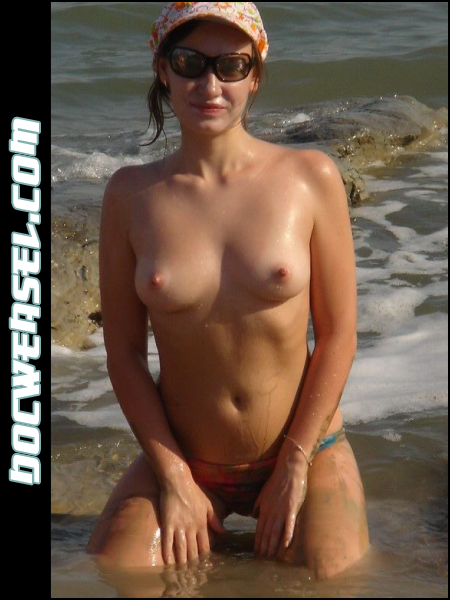 After graduating from journalism school I had been hired as a stringer for the Sun newspaper group, and waited for that big story that was going to make me famous. So when my editor called me in and said I was going to go to the Channel Islands to cover the Worldwide Buns of Steel contest for women I was elated.

She went on to explain that it was a contest for muscular women from all over the world and it was being held in the Channel Islands, which from my limited history was the closest the Germans ever got to England in the Second World War.

So after my flight to Poole, England I took the 3 hour ferry ride to the Island of Jersey, checked into the hotel and went to the site for the contest.

It was being held in this huge tent outside of the German hospital historical site as a way to raise funds, but outside of the tent was all sorts of trucks with cables strung all over from various television stations.

Peeking my head inside I saw the girls rehearsing where to stand and pose for the contest, so I went in trying to get an exclusive interview. Wandering around backstage I couldn’t take my eyes off these beautiful women.

Not looking where I was going, I tripped over one of the cables and hit my head on a boom microphone, and down I went passing out.

Through the fog of passing out and laying on the floor, I thought I heard voices about giving me CPR, and waking up I found the most attractive dark skinned woman with her lips pressed to mine.

Opening my eyes I looked into hers and didn’t want the CPR, or as it had changed to a kiss, to end. Since I wasn’t struggling she must have thought it was alright to continue and plunged her tongue into my mouth and kissed me with such passion I thought I might passout again, but instead I sucked on her hot tongue.

Feeling her hands exploring my body didn’t feel in the least strange, and as she held me to her and we kissed, with her hand cupping my breast, I felt safe and secure.

Breaking the kiss and picking me up in her arms to carry me someplace, she said in halting English “we go to dressingroom”. I just smiled and nodded yes.

Kicking the door closed behind us she sat down on the couch with me on her lap, and I felt her muscular arms holding me as she kissed me again, only this time her fingers were undoing the buttons of my blouse.

I kept saying to myself that I didn’t expect my first sexual contact with someone was going to be with a woman, but it all seemed just so right, so expected. Just so perfect.

Discarding my blouse I felt her fingers making little circles through my bra on my nipple, by this time which was harder than a rock. Trying to reach behind myself to unhook my bra so she would have access to my breast she said, “no, I do it”.

As she completely undressed me I didn’t feel modest at all, and said to her that she had more clothes on than I, as she sat there in her posing bikini. With a smile she slipped out of her posing bikini and I took a good look at her rippling muscles, and got the shock of my life. Her clit was the size of my thumb.

Wide-eyed I looked and she, seeing where my eyes were, just smiled and said, “I’m going to fuck you”.

I didn’t know it was possible for one woman to fuck another with her clit, but, resting back on my elbows, I smiled knowing my virginity was going to be taken by a woman.

Crawling back on the couch beside me she kissed me again, and then held my arms up above my head and licked my underarms, before her mouth and tongue started to first explore my breasts and down my tummy. When her mouth reached my pussy I wanted it more than I ever wanted anything, and could feel my lubrication running down to the crack of my ass.

Licking my pussy, her hands were exploring every inch of my body and I even loved it when she pulled and pinched my nipples. Which sent shockwaves of passion directly to my pussy.

She stopped licking, I felt, all too soon as she positioned us with our legs like scissors. Her hand going to my pussy to part my pussy lips and with her other hand she parted hers. Soon I felt her huge clit penetrating my pussy as she pushed with her hips to fuck me.

It felt so good as she pushed harder and faster fucking me with her huge clit, all the while holding my foot with her hand and kissing and sucking on my toes. I tried to keep up with her rhythm, pushing my hips up hard.

I could feel the tingle building as she fucked me hard, and knew that soon I would have my first orgasm with anybody other than my fingers.

With my breath coming in short gasps, and little moans and squeaks escaping from my mouth from deep within, it happened. My pussy erupted in a mind blowing orgasm, so strong that I screamed, which didn’t stop her fucking me.

Covering my mouth with hers, she kept fucking me harder and stronger until all at once came this moan in my mouth and I felt her pussy gushing her girly honey on mine.

I didn’t want it to end, but we both heard the voice coming from someplace outside that the rehearsal was going to continue, and we both knew that we would have more time later after the competition to take up where we left off.