Worth1000 Photoshop is the gold standard: Worth1000 Writing is the horseshit standard

Jane Curtin just made me love John Belushi even more!

Walk in the Park 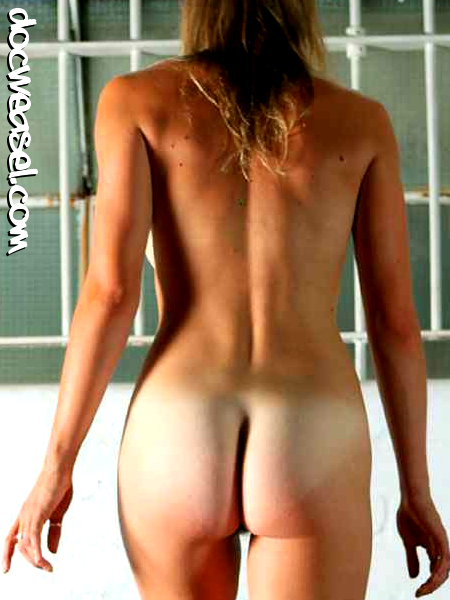 A Walk in the Park

When a simple walk in the park is a lifechanging experience, taking your freedom but freeing your sexuality

I had driven up to Columbus, Ohio to visit with my mom and brought my little puppy with me for company, and very close to my house was this park with all kinds of nature trails. I thought as we drove past the park that it would be neat to take my puppy for a walk after supper, so I made mental plans on doing that just that.

Now my mom pampers me and she cooks so much that it explains why I have to go on a diet for two weeks after, but as stuffed as I was I still made up my mind to take that walk.

It was dusk as we reached the park and I threw the ball for my puppy but I noticed a couple of young girls sort of hanging around for no particular reason, and I thought that they might be waiting around to buy drugs or something.

I couldn’t help but take the scenic route and check out their figures, and I must admit that they were cute. A little thin for my liking.

Oh, did I mention that I’m a lesbian gal.

Throwing the ball was giving us the exercise that we both needed, and he would always bring the ball back, except this one time he couldn’t find it, and went scurrying around ever which way looking for it, until one of the cute girls brought it back to us.

“I think you lost this,” she said with the prettiest smile, and tossed it to him.

As I smiled back and thanked her I couldn’t help but notice how her figure was matured, and although I guessed her to be no older than 15 she had the figure of someone much older. Her little tube top filled out nicely and I guessed her bust to be a 34B at the very least and her cute little bottom gave me a tingle.

I didn’t realize that she was checking me out also and since I was just wearing shorts and a top, everything about me was quite out in the open so to speak.

As we were talking a car pulled up and I heard the horn blow and noticed that her friend was running over to a woman who was driving the car and jumped in, sitting beside her, and driving off.

I said, “Looks like her mom came to get her.”

My new found friend said with a grin, “Ya, her mom.”

Talking to my new found friend I was half thinking how I could devise a plan to seduce her, but my thoughts were interrupted by another car pulling up and blowing the horn, and my friend said she had to go, but before she ran to the car and the woman driver, she said:

“You have nice tits!” and ran off.

Now, I’ve always wondered when gaydar kicks in. That radar that tells us which of us are lesbians, and was also wondering if she meant she liked my body, or it was an Ohio expression that teens used, and I was hoping that it was the former.

The next night I took a book and thought that I would get some fresh air in the park and read, at least that’s what I told my mom as I left the house and drove the short distance to the park.

I noticed immediately that the girls weren’t there and although I was a little disappointed, I walked around and looked at the flowers before selecting a bench to sit on, and opened my book to read.

I thought I would read while it was still light and if she didn’t appear I’d just go home.

A short time later I saw her friend appear slowly walking and as I was just going to get up from the bench and ask where her friend was the girl went over to another older woman who had just arrived at the park, and they walked along to one of the hiking trails.

This got me curious and although I’m not a nosey person I wondered why they would go hiking when it was almost dusk, so I followed them from a short distance away.

I must have had a shocked look on my face because what I saw next really surprised me, and quite frankly turned me on.

There was the young girl leaning against a big tree with her short mini skirt hiked up and the older woman down on her knees in front of her licking her pussy like mad, with her hand up the front of the girls top and squeezing her breasts.

Hurriedly returning to my bench so that they wouldn’t catch me watching, the girl I was interested in appeared at the park, and I pretended to be reading my book, but I actually was watching her.

Before I could get up and approach her, as if I had just seen her, her friend appeared from the hiking trails and as she stuffed some bills in her purse, she went over to her friend and as they talked they both looked at me, and I noticed they both smiled.

Going back to my book, as if I was interested in it, I heard her voice asking if the seat next to me was taken, and if I wanted some company. I looked up and smiled, telling her to sit down.

My face turned beet red when she asked if I had enjoyed watching her friend getting her pussy licked, and also if it had got me hot.

Two things dawned on me right away and that her friend had seen me watching and also that they were charging these women to have sex with them.

Wondering if she expected me to pay her for having sex I responded.

“Yes it did get me hot, but I’ve never paid anyone for sex.”

“Did I ask you for any money?” she said, and continued, with a big grin, “No I didn’t. I just think you have nice tits and would love to suck on them!”

That did it for me and my pussy started to tingle, as she went on to explain that they only charged some women for sex, but others they did for free, and she wanted to do me.

I felt for sure my shorts would have a major wet spot when she said what she said and I told her that I would love to have her do me.

“You’re getting hot aren’t you?” she said.

“Extremely!” I replied with a smile.

Getting up she said “Follow me!” and disappeared into the woods.

I followed a short distance behind her until we came to a small clearing, where she waited for me.

Being in total control of the situation she took my hand and had both of us sit on the grass. She told me she wanted to see me naked. Like a fool, not thinking of what could happen if I was caught naked with an underage girl, I took off my top and shorts (which sported a big wet spot), as she disrobed.

Pushing me back on the grass she took my breast in her tiny hands and engulfed my rock hard nipple in her mouth and started to suck.

As I lay back with the girl sucking on my breast and feeling her tiny hands on me, I began to close my eyes and run my fingers through her beautiful hair, enjoying being the seduced for once instead of the seducer.

While she nursed on my breast I felt one of her tiny hands part my legs and then return to my breast, while she moved so that her pussy was riding my thigh, and started to grind her soaking wet pussy against my leg. It was about then I felt a third hand on my other breast, pulling and playing with my rock hard nipple.

Three hands? My eyes opened in a flash and it was the other girl, totally naked, who was playing with my breast, while her other hand fingered her fur covered pussy.

All I could do was murmur “Mmm yes”.

By this time with the one girl riding my leg, and feeling her wet little pussy grinding on my thigh, and her friend pulling and twisting my rock hard nipple while she finger fucked herself. My pussy was lubricating like crazy and I could feel my pussy juice running down the crack of my ass.

In no time at all the girl riding my thigh, arched her back, threw her head back, and moaned, “Yes!”

I could definitely feel the results of her grinding on my thigh as her pussy gave up its sweet honey, coating my thigh.

This was almost too much for me to stand.

I moaned “Somebody tongue fuck me!” to no one in particular.

The girl who was riding my thigh turned around, swinging her leg over my head and presented her little hot, wet and fur covered
pussy to me to suck and lick.

At the same time I felt her tiny hands under my ass as she dove her pretty face into my hot pussy, and licked like a hungry child, while I brought her little pussy to my waiting mouth and tasted her sweet pussy. Licking her fur covered honey pot.

My fingers parting her little pussy lips so I could lick her inner lips, I swirled my tongue over her sensitive clit, and slipped my index finger in as far as I could, before it was met with a barrier, and finger fucked her as I tongue fucked her sweet pussy.

While we were busy the other girl took my free hand as she lay down beside us and pressed my fingers to her pussy for me to finger fuck her, which I did.

As I tried to recover I didn’t stop licking and finger fucking her until the other girl came on my fingers with a moan, and I felt her hips bucking.

I think we would have stayed there all night if we could have but the girls noticed that by now it was dark and they would be in deep shit at home if they stayed, so we said our good-byes.

I promised myself I would be back to that little park in Columbus, Ohio.