John Kerry’s Rapid Response Team has the goods SBVT, vows to be ready for 2012 elections.

Jeremiah was a Bullfrog, was a good friend of mine, but I never understood a single word he said 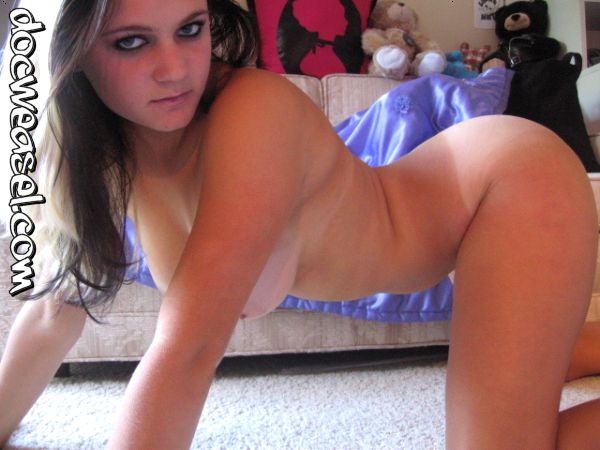 Here’s how to over-analyze the fact that young girls just like the attention and positive feedback of posting their cooch online:

If you’re building a tech product that has anything to do with photos then you’re probably feeling an uncomfortable sense of déjà vu lately, and it has to do with data security.

It had become so routine that throughout the fall it was hard to imagine a Monday without hearing about another set of iCloud photos that been hacked during the weekend.

And these aren’t just typical pictures of the girl down the street or the guy next door.

Apple/iCloud products were at risk for getting hacked, but they aren’t the only ones. So was Snapchat, and probably all other major sites hosting photos. Scandals have been popping up again and again around hacked photos, especially nude ones. So, why do we keep seeing these scandals? There are two opposing camps trying to explain why we’re having nude photo leaks, but who’s right?

One group says something like, “Enough, children. Want to stop nude photos from getting hacked? Keep your clothes on in selfies and the problem will go away by itself.” Those on the other side of the debate insist we must not blame the victim and instead should demand better privacy protections for iCloud and other digital storage accounts.

Sound familiar? That’s because it is. We’ve had scandals about hacked photos going back every year for almost 10 years, and people keep writing these same reactions after each one.

Annually rehashing this debate for a decade hasn’t gotten us too far. While we should expect companies to update security features, we can also expect hackers will continue improving their toolkits. And as for warning people to not take nude selfies, since when has issuing warnings been the key to changing behavior?

Education and warnings won’t solve problems unless the problems were caused by lack of knowledge.

Why, then, do people keep taking naked digital pictures of themselves and store them in places that could be hacked? They were probably aware of the other nude photo scandals that occurred so it’s not that they don’t know what’s going on.

There’s actually a science behind why we keep seeing these repeated nude photo scandals — the science of social.

The truth is, sexting — sending sexually suggestive photos or videos via cell phone — is increasingly common among people aged 25-34. According to a recent Pew Report, 15 percent of adults ages 18-24 and 22 percent of adults ages 25-34 admit to having sent such a message. Knowing that, it’s less of a surprise that in the past year, thousands of young people have had their nude photos hacked, including famous ones like Jennifer Lawrence and Mila Kunis.

Are we saying, then, that this is simply a case of peer pressure? Nope. Our research at the UCLA Center for Digital Behavior has revealed that our perceptions of what is normal in our social networks affects our behavior. In one study, college students viewed a selection of Facebook photos of their peers and were then asked to estimate the percentage of students who engaged in sex without condoms and sex with strangers, and whether they themselves behave this way.

What people think their peers are doing (regardless of what they are actually doing) influences their behavior. If people think their friends are taking naked selfies and putting these pics online (even if the truth is that their friends are sitting at home chatting with mom), then they will start uploading selfies in the buff. And this psychology isn’t unique to only youth. It affects all of human behavior.

So what should you do if you’re working on a photo-related technology and want a solution other than more data security to keep your product out of the hacking spotlight? My advice, as a behavioral psychologist, is that adding another few lines to your legal page or slapping on a data security warning pop-up about the risks of photo hacking won’t work — just like it doesn’t work for smoking, alcohol use or most other behaviors.

You’ve got to change the social environment to change the behavior. The short answer to change user behavior is to build a community around how people upload and share pictures. Create a social norm on what types of photos should be taken and shared using your technology.

It might sound difficult, but there’s a science behind how to create a community for positive social change, and you can find that information right here.

Behavior-change campaigns work by understanding and changing the social environment. If a site wants to reduce the amount of sexts on its platform, they must similarly apply this science of social.