Bobby Calvan does the impossible: Unites the entire internet in the belief he’s an asshole

Scots girl and her bairn

Cleveland fans are the saddest fans in the world

Gore Makes Me Want to Puke

Democrats desperate to hurry up and surrender before we win

Editor from LAT, who missed the Villaraigosa scandal, assures us there’s nothing to the Hillary-Huma lesbian tryst story 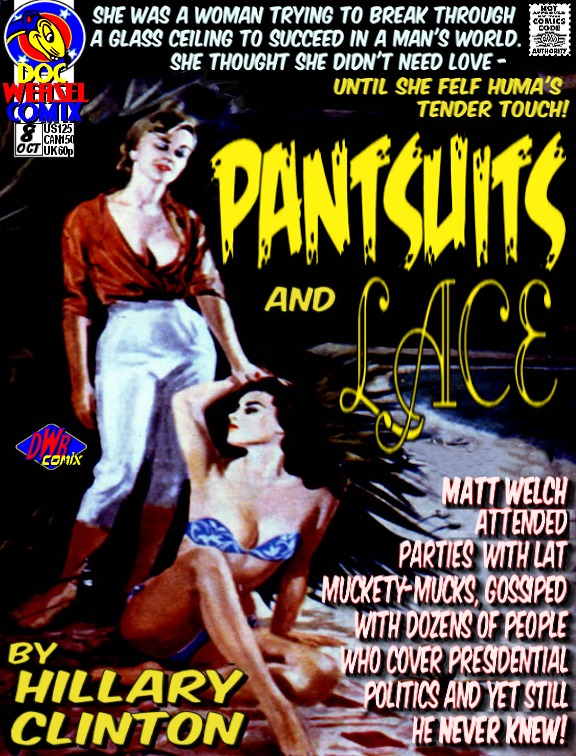 Its been a heady 24 hours, with visions of luscious lipstick lesbians and a mannish presidential candidate who probably wears less make-up than John Edwards, who’s butcher than Joe Biden and bigger testicles than Dennis Kuchinich (that’s not saying much, I realize) but hold your strap-ons ladies, this fantasy is over.

Mister Buzzkill is here to debunk all our sapphic speculations.

Patterico consults a buddy from the LAT, editor Matt Welch, a super-plugged in super-editor who knows all the beautiful people, is privy to all the insider insideness, and he is here to school us all how hysterically wrong everyone yakkin’ about a sex scandal is. Let’s forget for a second that the LAT record on reporting sex scandals is not very good, and see what he has to say:

I can tell you the following — I have never, ever, ever, never, ever, ever, ever heard anything about this. And I spent last week in Washington DC, worked in the LAT bureau, went to parties with LAT muckety-mucks, and gossiped with dozens of people who cover presidential politics; none of whom ever so much as mentioned anything about it. Rosenbaum’s single, anonymous source is most certainly wrong, at least about the “everyone knows” part. He also most certainly is wrong that the same “everyone” apparently “doesn’t know what to do with it” — seasoned political journalists are not helpless bystanders in the face of juicy rumors, they are specifically trained to go out and investigate them, and report when relevant.

As for Rosenbaum’s agonizing over “reporting” such a thing, I don’t have much respect for it. Either report or don’t; save us the handwringing about stooping to “Web 2.0″ whateverthehell.

You can quote me on all of that. 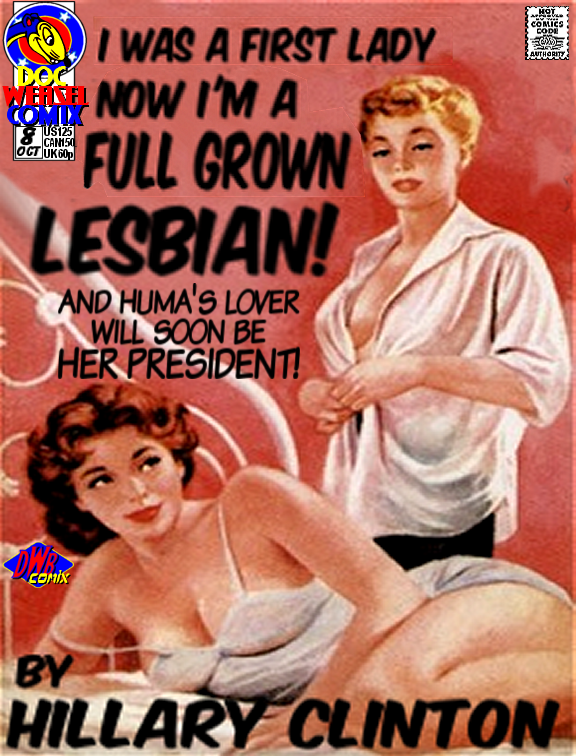 Whoa, that sounds pretty authoritative. Plus, he’s a rebel.

This is from the class of people who spiked the Monica Lewinsky story, the good old main stream media establishment, so how can we doubt the guy?

His email does make good material for lesbian pulp fiction novel covers though, I have to give him that.

Well, I enjoy Patterico’s work, but I have to call bullshit on one factoid he related:

He is honest, smart, and plugged in — and he is definitely not part of the stuffy liberal old guard at the paper. (For example, he recently published a great book about John McCain which ridicules the myth that McCain is a straight-talking maverick.) 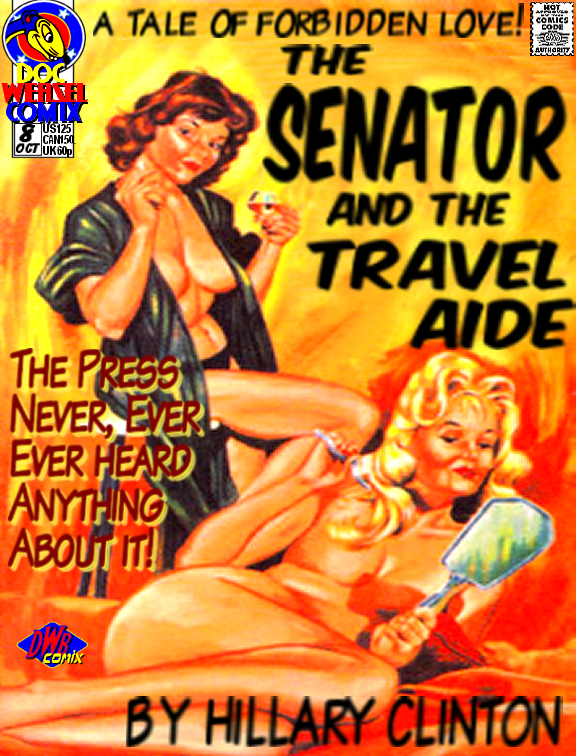 I can hardly believe Patterico is unaware of the fact that now that McCain is running for President, its open season. He’s no longer the press darling he was when he was knocking President Bush and all things Republican.

If anything, that little blurb puts Mr. Matt Welch square in the middle of “stuffy liberal old guard”, running interference for the Democrats and trying to damage Republicans, just like the hip, progressive, young guard media types do.

I really don’t get this entire line, are we to understand that there’s a new wave of young conservative journalists coming in, supplanting the “liberal, old guard” and we’ll see a turn-around in news reporting in the next few years that will make FOX look left-wing? 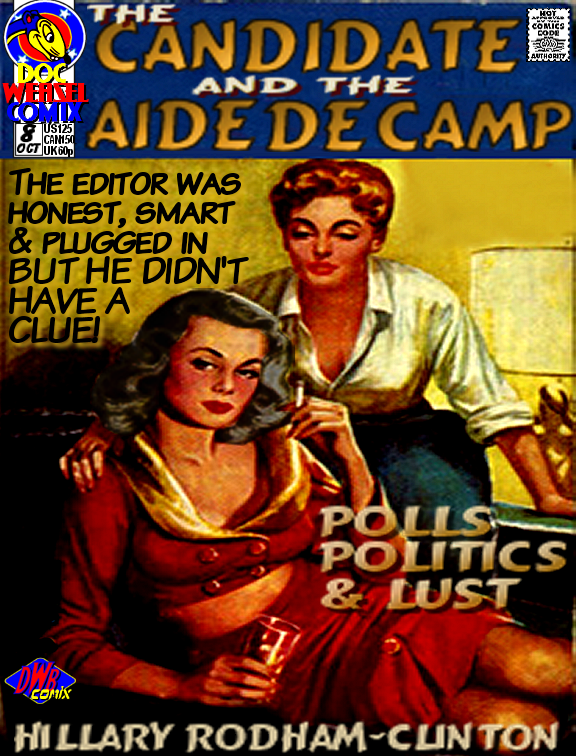 The other thing is, methinks the lady doth protest too much. I’m not as plugged in as this guy, but I talk some lowly reporters on the West Coast, not as hip and happenin’ as Matt Welch, who have heard rumblings, nothing positive yet, but its out there.

To say there has never ever never been any buzz about ANYTHING like this is, excuse me, crap.

For one thing, there was the Enquirer piece about Edwards just 2 weeks ago. There are constantly stories about Bill. In my last piece I linked to several, and in my googling came up with five more, pieces snarking about Hillary.

This isn’t the first time that the Hillary lesbian angle has come up. It’s made the rounds of gossip message boards.

To say there is no sizzle out there, no way no how nuh uh is an easily provable steaming pile of Los Angeles Times. Mr. Rosenbaum is respected as well, from what I gather. 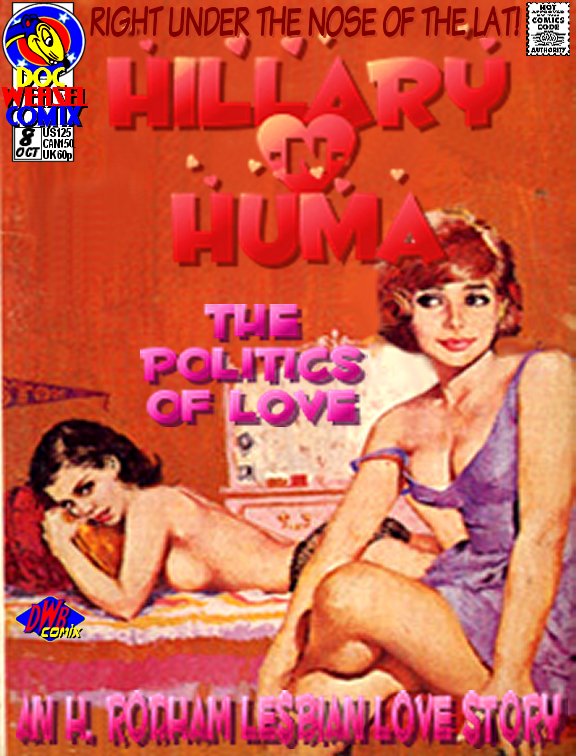 You can’t disprove a negative, its just as possible he had a good source as it is Mr. Welch hasn’t heard anything about anything never ever never ever, as he claims. I’d accept that they cancel each other out and we know nothing more than we did last week.

And don’t forget, they were the last people in California to realize the city’s mayor was banging a Spanish TeeVee newsreader. So king of the sex scandals, they ain’t, at least not as far as disclosing them. After the fact of Villaraigosa’s split had become public, the LA Times continued to run interference for him, downplaying the story and suppressing details. I don’t know if Mr. Welch was involved in any of these stories, but it would be interesting to see how “plugged in” he was about them.

There may well be nothing to all this foofaraw, but an LAT editor would be the last person I’d consult to see if there were anything to it. They got scooped on the last sex scandal by their crosstown rival the LA Daily News.

In fact, now I’m beginning to think there is something going on! 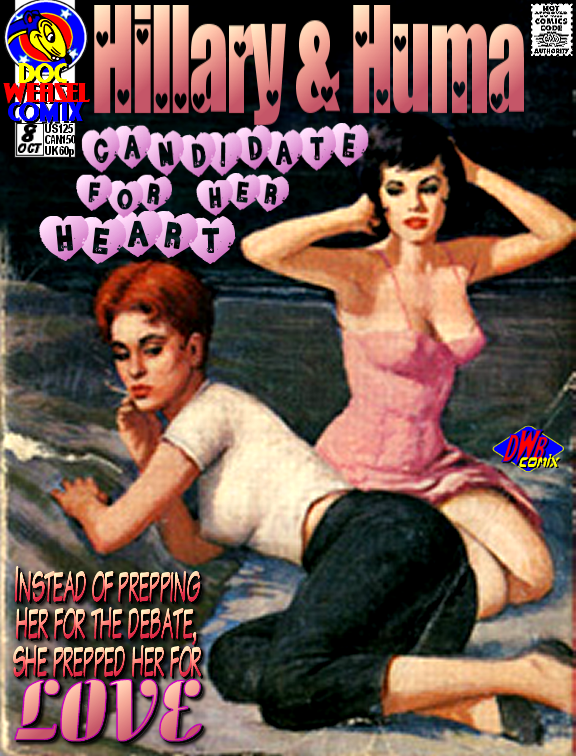 With everyone jumping on the “we got nuthin'” bandwagon, I’m going to stick with HUGE SEX SCANDAL WITH SIREN coming up sometime before Thanksgiving.

Color me still hopeful. If a DOJ official hints that its true, you can take it to the bank!

I don’t know anything about Matt Welch. For all I know, Patterico is totally correct about being “smart, honest and plugged in”, but he’s not omniscient, and his paper has a pretty poor record for truth and accuracy.

Hell, I’m waiting for one of the editors over there to correct Rutten’s story of this week. Since he’s so ‘plugged in’ why doesn’t one of his buddies email him and point out how fulluvit his columnists are.

Tim Worstall posts a long post that seems to have a lot of info we’re all recycling round robin. A big wrap-up of that same story at Luke Ford: A Dark Unseen Scandal Star? P.S. Luke, Matt Drudge wants his hat back! 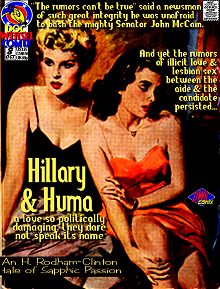