I agree with Bill Maher: Why COULDN’T Limbaugh have choked on his stolen Vicodins?

Is Biden being set up for a fall?

Republican crisis: what should we do about it? 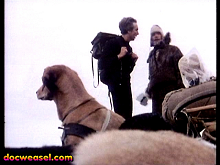 Err Amerika loudmouth Randi Rhodes, who famously advocated assassinating President Bush, was first reported to have been mugged, and of course lefties immediately identified her attacker, just by dint of the fact that any leftist ever attacked must have been assaulted by a right wing wacko:

Jon Elliott was extremely agitated when he reported on the incident. He opened his show by saying “it is with sadness that tonight I inform you that my Air America colleague Randi Rhodes was assaulted last night while walking her dog near her New York City home.”

Pointing out that Rhodes was wearing a jogging suit and displayed no purse or jewelry, Elliott speculated that “this does not appear to me to be a standard grab the money and run mugging.”

“Is this an attempt by the right wing hate machine to silence one of our own,” he asked. “Are we threatening them. Are they afraid that we’re winning. Are they trying to silence intimidate us.”

Some of blog posters also expressed concerns that the attack on Rhodes was hate crime. Other posters warned that we need more facts before any judgements are made.

How much you wanna bet it was an O’Reilly listener(or a deranged idiot-there’s really not much difference..)

Thom Hartmann found bullet holes in his car recently. We may have another freeper nut on the loose.

If they think this may stop Randi, they have another thought coming. That lady is tough and she’s gonna be really pissed!

I really fear what is going to happen to our country when the Republicans are finally put in their place. I fear we are going to see a lot of violent incidents because these people are going to be looking for a way to vent their frustrations and with encouragement by the likes of Billo, Hannity and Malkin, it could get ugly.

I suspect that the Thom Hartman and Randi Rhodes incidents are not unrelated. The wackos realize that they are under pressure and are reacting in the only way they know how. Facts and reality are simply things that need to be beaten out of the way. I suspect and hope that she will recover quickly and not be subjected to PTSD.

Rhodes was probably beaten up by some nutball in the Mallkin Mongoloid Mafia… thats the type of viscous rabid people they are..

I admit to a certain viscosity when there are long periods between ejaculations. However, the entire thing was a big mix-up: the true facts slowly seeped out from the lefty asscrack:

October 16-NEW YORK-On Sunday evening, October 14, Air America host Randi Rhodes experienced an unfortunate incident hindering her from hosting her show. The reports of a presumed hate crime are unfounded. Ms. Rhodes looks forward to being back on the air on Thursday.

However, the right isn’t out of the woods yet. There is another possibility of Karl Rove or his agents’ involvement:

Ok, its possible that the dog WAS KARL ROVE:
Trapper: The one on the end, on the right. That’s Salad.

Trapper: (confidentially) No only bits of it.

Carpenter: What do you mean?

Trapper: Listen, Teddy Salad is the most brilliant agent the CIA ever had, right?

Trapper: That’s how he made his name (indicates the dog) – disguise!
(They look at the dog in silence for a moment.)

Trapper: He had to slim down to one and a half pounds to get into that costume. He cut eighteen inches off each arm and over three feet off each leg. The most brilliant surgeon in Europe stuck that tail on.

Carpenter: What about the head?

Trapper: All of the head was removed apart from the eyes and the brain in order to fit into the costume.

I’m just saying, its possible. Rove is a master of disguise.

UPDATE: Via via LGF this from Gawker. It gets better and better!

Randi Rhodes was no more assaulted by a right-wing fanatic on Monday than Dick Cheney was. She, in fact, fell down and injured her teeth outside of a Midtown Irish bar at around 6 o’clock Sunday evening after downing about fourteen Ketel One Bloody Marys. She was abusive to the barstaff and generally gross, crass, loud, and pretentious. I genuinely hope she has a speedy recovery. I never would’ve disclosed this (I believe that anyone should feel free to hang out at Irish pubs at any time and not be concerned about someone publishing their behavior) if Air America hadn’t grossly interpreted a drunken indiscretion and allowed it to be morphed into some bullish rhetoric on air. Whatever journalistic integrity the station may have ever had is now completely compromised. The manipulation of the public diminishes any cause, whether just or fabricated.