Democrats desperate to hurry up and surrender before we win

Death of a presidency 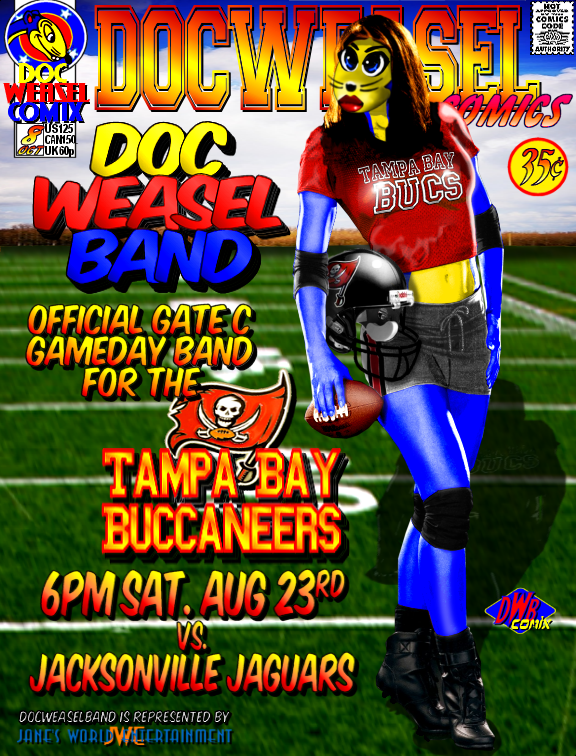 We want to congratulate our favorite band and namesake, docweaselband, for being selected as the 2008-09 NFL Season Game Day band for the Tampa Bay Buccaneers at Gate C. There are bands playing for the tail-gaters and line-standers at all four Raymond James Stadium gates, A-D. Gate C is a cherry location because it is the nearest to the tailgating contingent.

So, congrats guys, and come out for the Tampa Bay Buccaneers homegames and enter Gate C to enjoy the song stylings of DocWeaselBand. Free T-shirts and other goodies will be given out at the gigs.

Next off, the band would like us to mention that DocWeaselBand has no connection with docweasel.com nor docweaselblog other than those sites being namesakes of our favorite band.

It is true that originally we started docweasel.com as a site built by fans dedicated to docweaselband (which called itself just “docweasel” back then) in ’97 so that we would have a handy place to post gig dates so fans could come to the site to check dates and times and even maps to the venues, instead of mass emails, which get caught in spam filters or otherwise misdirected.

Plus it was a place to post our own gig pics and pics of the fans (us) at the gigs..

However, the contributors to the site found it a handy place to post other creative endeavors, which seemed to snowball, and soon the site was crowded with decidedly non-band stuff.

We added humorous articles and satire, music reviews, movie reviews, comix, the dwf forum and a helluva lot of other stuff.

Eventually, the site to become an entity in its own right, and gradually left behind any relevance to the band at all, other than the fact that some of us are personal friends with the band members. The band even started calling itself “docweaselband” rather than just “docweasel” to avoid confusion (and to avoid being blamed for the excesses of the people who had hijacked their namesake domain!) 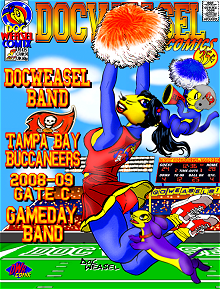 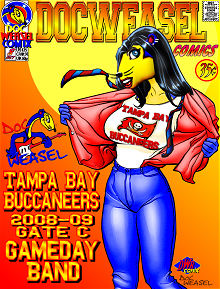 We still do graphics and html and php coding for the band and even share the blue weasel mascot with them, with their blessing, since its become intrinsic to the docweasel.com site.

Googling mishaps have caused the band members embarrassment and tortured explanations in the past due to the decidedly NSFW content on the sites and the over-the-top satire and commentary on the blog that the writers from the docweasel.com site started -which we moved from the docweasel.com server at our boss’s request, first to Blogger, which sucked, and finally to WordPress.

There are complicated and unavoidable relationships between the site that would take a Venn diagram to illustrate, but suffice to say that if you see the band in the real world (you know, where that big yellow ball shines in the sky), don’t hound them over our histrionics or hassle them about something we wrote about Hillary or handguns or hitchhiking or your aversion to alliteration.