Learning from the Sisters at the Convent

Girls with no Panties Picking Up Dykes at the Mall 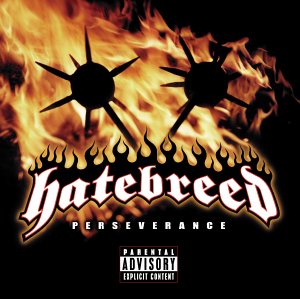 Vocal wise, Jasta has a very nice screaming voice, but thats all he does. He never varies his singing in any way, and it really takes away from the album.

Hatebreed has always had a huge following due to their tremendous live show. Their albums, however, have a sort of hit-or-miss quality to them. They are great in some ways because you always know that any Hatebreed album will be fast, heavy, and will please fans. However, it is almost a given that some of the songs will sort of “mesh” together because only a few of them really stand out on their own.

Case in point- Perseverance. I popped it into my CD player and loved it the second i put it in. The first track, “Proven”, starts out heavy and fast as hell with vocalist Jamey Jasta screaming “YOU WANT TO SEE ME FAIL? YOU WON’T GET YOUR CHANCE!!” and the whole song is a brutal assault.

While listening to it, I was wondering when it would end… until I looked at the playlist and realized I was now at track 3,
“You’re never alone”. This has been one of the only bad qualities of bands like Hatebreed; some of their albums sound like one
45 minute song.

There really is no distinct point in the album untill the very slow methodical “Blood Soaked Memories” (track 9) which goes into
one of my favorite songs on the album, “Hollow Ground” (track 10).

A very pronounced drum beat and a sweet guitar riff help “Hollow Ground” stand out. The only other really good and notable song on the album is “Healing to suffer again” (track 13). After that, the last few tracks mesh together again, with no real soul to either of them.

Vocal wise, Jasta has a very nice screaming voice, but thats all he does. He never varies his singing in any way, and it really takes away from the album. The main problem with Hatebreed is while their live show is fantastic, their recordings are basically just made for new material for their concerts. The albums have a few good stand out tracks, but the rest sound like the same drop tuned guitar riff and drum beat over and over again.

Basically it is the same drop tuning for EVERY album and EVERY song. Now there is nothing wrong with this if you can vary it- System of a Down tunes to drop C on every song, yet on both of their albums, most of the songs sound completly different. The same goes for Slipknot (they always use drop B tuning) to a lesser extent, moreso on their first album.

So is Perseverance worth buying? If you like heavy fast music, then yes. But if you want something that has a much more unique sound to it, this is not the place to look.