Cop killing is wrong, however, cop resisting is warranted in more and more cases. 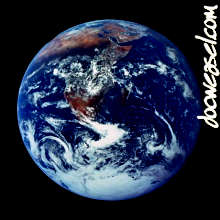 Liberals are always smugging it up about their latest spooge to “Save the Planet”. Nevermind that recycling uses more resources and causes more pollution than it prevents.

Never mind that building a Prius costs more and uses more resources than a regular car does, and doesn’t end up saving you jack in costs, over the lifetime of the car. Or that food grown on organic farms also consume more water and other resources than normally produced food does.

Sarah mclachlan’s self-righteous smugfest is celebrated over at NextBillion.

Shot on a 15 dollar budget (the price of a DV tape) and production salary on pro-bono, Sarah says this version was created “to show how easy it can be to use your wealth to help immeasurable improvements in people´s lives.” The numbers are staggering if only it could still appeal to our already desensitized sensibilities (as a result of media´s manipulation).

However, this does not diminish Sarah and Sophie´s efforts in creating a fearless depiction of reality: the self-denial, indifference and lack of care of the entertainment industry for the world´s problems today. Just few of the examples touched on the video: 5,000 dollars worth could cover the cost of make-up one day but could be used to pay for the schooling of 145 girls in Afghanistan; 200 dollars worth of a day’s salary of a production assistant is enough to send 100 children to school in Ethiopia for one term.

The administration of that money to make sure it went to all those recipients would probably eat up more than half the money- that’s why its a lot more feasible to simply give the cash to the U.N. and let them do it- which by the way the United States does, in a big way, mostly because we have the greatest economy in the world, partly because of money spent on various industries, including entertainment. Scattershot all the money for every video made and you’d probably end up with a net loss in the money the U.S. could give to the U.N.

The other thing is, let the biatch take the money out of her own fuggin’ pocket and send it overseas. Don’t take it out the of the vid budget and subject us to a crappy guilt-trip that makes her look like some kind of a saint because she’s exploiting charity for her amateurish music vid.

You know its funny these bleeding hearts seem to expect the US and its citizens to save the fucking world financially, but when Saddam is slaughtering millions they are indifferent and condemn President Bush for changing things, and yes for the better. Look at the figures. Yeah, there’s death and violence in Iraq, but its small-time compared to Saddam’s wholesale slaughterfests. I guess Sarah would advocate sending the receipts from her next concert over to cover the 150,000 Kurd mass burials from gas attacks.

Here’s a fun fact for you Sarah: The sheer mass of pompous bullcrap that emanates from the entertainment industry could fertilize 12,000 hectares of farmland in Busutoland.