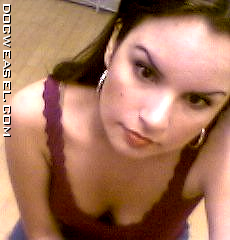 Is it really all that bad?

Watch enough Reality TV and you’ll see it. Weeping whining crying sighing chest banging tantrums about problems that aren’t problems. People bitching about imagined rights they feel have been infringed upon, poor long suffering souls wailing that the world is not looking after their needs. This behavior is not confined to the dregs of Fox prime time, its ll around us, TV just treats it to a giant audience. No one is happy and somehow in this age of enormous excess, nothing is enough.

Where the hell do we all get off? If the seventies was the ‘Me’ generation, then I think perhaps the 21st century must be the “Why Me’ Millennium. We are angsty bitches, all of us and there isn’t a damn reason to be.

Yeah, yeah I know we are living under the specter of war and terror. But we have always lived under the specter of war and terror. Mostly we are only pissed now because we are aware of it , and having the group realisation that ignorance actually was bliss. And then yeah you could say…but there’s famine! But there’s disease! But YOU probably never have and hopefully never will experience it. So we should be grateful, we should be happy, but, wed rather find something to be bitter about than have nothing at all, soo its gotten to the point where everywhere you go, people are inventing shit, working themselves into frenzies over… 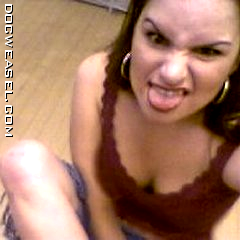 Im fat! I dont make enough money! Other people arent doing enough for me! I hate my house I hate my car I hate my pets, The government is wrong, taxes suck, I wasn’t popular in high school, I dont get to do anything fun, im bored, im cranky, people on TV are too pretty the service in every restaurant sucks, the movie sucks, my childhood was hard, I grew up in a bad neighborhood, everyone has it better off than me, I’m single and unhappy, IM dating and unhappy IM married and unhappy IM divorced and unhappy, I hate black white green and yellow people, I hate people, its hard having a job its hard being a mother its hard being unemployed, nobody likes me, everyone is persecuting me, when will someone love me, who is good enough for me and worth of me

Shaaaaaaaaaaaaaadup already. If something in your life legitimately sucks, well then welcome to a very elite group, its called EVERYONE-suck it up. I have news for you. If you have a roof over your head, food in your fridge (or jeez even in your belly, single men) and a little bit of change in your pocket , ya got nothing to complain about, you are still richer than a good eighty per cent of the world’s population. You could be living in a refrigerator box in Calcutta. You could be losing fingers for diamonds in Sudan, but you aren’t. You’re putzing around on the internet at some undoubtedly odd hour debating whether or not you should keep reading or just drop the facade and find some porn. 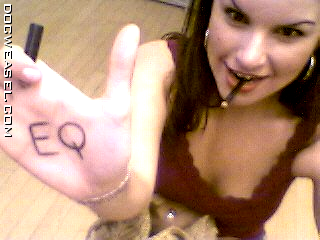 Knowing that, how bad could it all. Possibly be? Buck up, Buttercup, You live in the cushy world of cotton jammies and Krispy Kremes. Some people have to work 20 hour days in scorching heat for a tablespoon of millet and you have microwave instant mac and cheese. You have mp3’s and monkey ball and Blackberrys to wrangle all your errant self importance. You have three redillion channels of digital sattelite, four thousand of which show Law and Order all damn day long,

Its all good people, and even when it isn’t, relatively speaking, its still pretty ok. I mean if all this isn’t enough then settle on the fact that not to log a spit ago three thousand people died on one horrible morning and if you are reading this you weren’t one of them.

It’s not a perfect world, but I wouldn’t want it that way, and every single morning, blue or gray or red on a snowy day when I open my eyes and realise im still in it, I’m extremely and unfailingly grateful. Everyone’s life will have speedbumps, and sometimes those speedbumps will covered in jagged broken glass but you’ll get past them. In the meantime try and enjoy the clear stretches of road.

That’s all for now,

Friends, Pets, Relatives and Strangers, I really do Love You-