Dancing Teacher and the Little Kitten

Why would Spitzer’s wife endure the ‘stage of shame’? 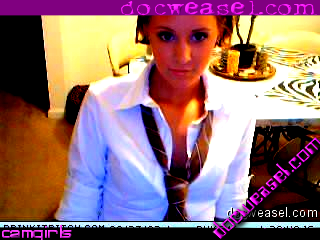 This week docweasel.com presents the Drunken Adventures of college buddies and the evils of letting your daughter go to Florida Universities.

So anyway after I’m all looking around and I see everyones mostly gone so I go in the mens room to see if she’s like there, which is weird because you’d think I’d try the other but its late and Johnny KappaSig had told me it was a great place to go.

So I’m looking at all of the urinals and decide that’s not a good place to break the seal but then I hear this moaning and what sounds like someones head banging on the stall door. So I get up on the nearest toilet seat and peek over, just to see if everything’s okay and just as I’m about to look the door springs open!

Thank god it was Melissa or I would have freaked and I told her to pull her skirt down and forget her panties because they were on the bathroom floor for chrissakes and nobody wants to be dirty.

So I like let her catch her breath outside and offer her a cigarette after that rough time she had in the bathroom before we decide to hitch a ride with these nice guys with a six pack of beer and a promise of a keg back at their houseparty. The van was really crowded but they let us sit on their laps which was really super nice of them since they didn’t make us sit on the floor or anything.

I’m just embarrassed my breast kept brushing up against Brent’s arm whenever we hit a bump, took a turn, or changed the radio station. Anyways we made it to the party and I helped poor Melissa up the stairs and in the house but she seemed to do okay once she was inside since she knew right where the keg was and made sure to kiss the guy at the pump hello.

So I’m all walking around with my red cup in hand talking to this girl Susie who once got a nose job that went really, really, bad but I swear it looks just like Britney Spears’ now and there seems to be some sort of fight or jello wrestling going on in the other room so I go look since no one wants to miss that sort of thang.

There were all these people standing around a closet and I’m thinking that maybe someone got locked inside and can’t get out because there are people with their ears pressed up to the door and some sort of noise coming from the inside. I guess someone there was a locksmith or knew that trick with a credit card that gets doors and stuff to open because the people inside finally got out.

Melissa and the pump guy obviously took a wrong turn and it was way overcrowded in there since the wirehanger was stuck in her shirt and there seemed to be a broom dropping from her legs and pump guy took off his pants to make more room in there for the both of them.

I love how guys can be so sweet.

Finally reunited, Mel and I go sit out back by the pool but I have to hold her back from going in because sure I want to take a swim but that guy from my History of Snack Foods class just blew chunks in the water and chlorine doesn’t work wonders, especially when you’re trying to keep your hair from turning green, hair care is such a bitch.

I tell her to stay there and wait while I go use the facilities but when I get back she’s gone and I know somehow she’s gotten lost and misunderstood what I told her. So I go back to the bathroom and see if she was waiting for me and she’s not there either.

Pump guy’s back manning his station so I know she’s not stuck in the closet with him again which is so great because I’m sure it was a severely damaging experience to be cramped up in there like that, cuz like I know I get totally freaked when I’m sitting next to a fat guy in a movie theater and that’s not even as much of a tight squeeze.

I look and look and look but she’s just no where to be found so I decide to ask Susie Nosejob to take me back to our dorm where I settle down to read some great Harlequin literature before I put on my Princess sleeping mask and get my beauty rest.

Melissa comes in with the Snack Foods guy and I’m all shocked like because she must be trying to help him out cuz he’s sick and everything. So she takes him into the bathroom and shuts the door so to leave me in peace to enjoy Roberto and Catarina’s latest adventures in Parisian love and I hear the shower going so she must be cleaning him up from his horrible stint with the pool and all.

Well he must have been very sick!

I heard all the yelps of pain as his poor stomach must have been not able to hold anything down and Melissa must have really felt bad for him since she was sighing and encouraging him to get “MORE!” out of his system.

I left them some fresh towels right outside the door so they would be nice and comfy when she was done playing nursemaid to him and went back into my bed to get some rest when they came out of the bathroom. He gently laid her on the bed, which is nice since she just helped him out and he laid on top of her to maybe feel better by being close to someone, since we all need a hug now and then.

So I put on my sleeping mask and turned out my bedside lamp and tried to ignore the squeaking bedsprings, since like it is hard to share a bed with someone who isn’t feeling so well and the sound of their moans just made me feel so great that Melissa cares so much about people. College is so great since you make the bestest friends ever and have bestest roommates.